YCW organized a Know Your Rights Session. The areas of discussion was on workers rights, union and experience sharing from migrant worker on exploitation.

Speaker 1: Wallace Huang
Wallace Huang is the Industrial Officer at the Migrant Workers Centre Inc. In his role, Wallace provides assistance on workplace rights to migrant workers, refugees and asylum seekers. Coming from a migrant Chinese Australian family, and with a background in law, he is passionate about improving and enforcing migrant workers’ employment rights.


Speaker 2: Josh Callinan
Josh Cullinan is the Secretary of the Retail and Fast Food Workers Union which was established in 2016. Before this, Josh worked in unions for 15 years after leaving the YCW as a national leader and Melbourne worker. Josh’s workplace action commenced as a casual worker at Woolworths and various service stations in the 1990s. Josh participated in the YCW International Action Meeting in Spain in 2001 on insecure work and was actively involved in YCS and YCW from 1991 to 2003.

Speaker 3: John Dilip
John previous administration assistant at the YCW, is currently working as an IT analyst for Accenture. He also hold post-graduation in IT and is a strong advocate for migrants and refugees and International student workers' rights.

Speaker 4: Stephen Kelly
Stephen Kelly worked for the YCW in the 1990s including as National Secretary and since has worked for the Finance Sector Union, also as an investigator for the Fair Work Ombudsman. Currently, he is working for Government in Industrial Relations policy and teaching on this subject at the University of Technology Sydney. 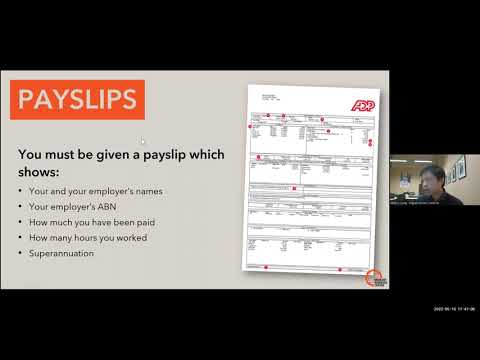 YCW organized a Know Your Rights Session. The areas of discussion was on workers rights, union and experience sharing from migrant worker on exploitat...