Women and power after COVID

How has the pandemic affected women’s equality? How has girls’ education around the world been affected? Have women leaders proved better at steering their communities through the crisis? How will the additional care burden they face affect them in the workplace or has the pandemic revealed a greater urgency when it comes to action? Will we see more female leaders and a shrinking gender pay gap as a result or fewer?

Mary Ann Sieghart spent 20 years as Assistant Editor and columnist at The Times and won a large following for her columns on politics, economics, feminism, parenthood and life in general. She has presented many programmes on BBC Radio 4, such as Start the Week, Profile, Analysis, Fallout and One to One. She chaired the revival of The Brains Trust on BBC2 and recently spent a year as a Visiting Fellow of All Souls College, Oxford. She has chaired the Social Market Foundation think tank, is a Visiting Professor at King’s College London, and sits on numerous boards. She is Chair of the judges for the Women’s Prize for Fiction 2022. Her most recent book is The Authority Gap, a study of why women are still taken less seriously than men and what we can do about it.

Professor Jennifer Piscopo is Director of the Center for Research and Scholarship at Occidental College in Los Angeles, California, and has written extensively on women political leader.

Bukola Adisa is a risks and controls executive and Founder/CEO of Career Masterclass, which helps women and BAME professionals progress in the workplace.

Resham Kotecha is a policy specialist, serving as the Head of Policy & Government Relations, EMEA at Wise (formerly Transferwise). Resham has been active in politics for the past ten years. She stood as a candidate in the 2015 general election, where she was the Conservative Party’s youngest BME candidate. She was a candidate for a target seat in the 2017 general election where she achieved the party’s greatest vote share since 1979. Resham currently serves as the Head of Engagement for Women2Win (an organisation cofounded by the former prime minister to get more women elected to Parliament), and is a Trustee of the Fawcett Society - the UK's leading charity campaigning for gender equality and women's rights.

Women and power after COVID 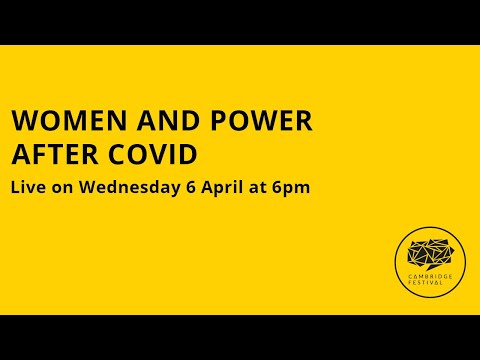 How has the pandemic affected women’s equality? How has girls’ education around the world been affected? Have women leaders proved better at steering ...