It is Monday morning's rain that prompted water rescues. Seven people were rescued from the rain-swollen San Diego River, but none suffered any injuries. Just after 9 a.m., the San Diego Fire Department's swift water rescue team responded to the area of the river near 4700 Pacific Highway. Once crews arrived, they found the victims stuck on an island, and some in the water, according to fire officials. By 9:30 a.m., five people were rescued from the area, according to the SDFD. A helicopter crew helped located two additional people west of the original location, according to the department. Using a rescue boat, lifeguards brought the final two people out of the water at SeaWorld Drive, according to fire officials. 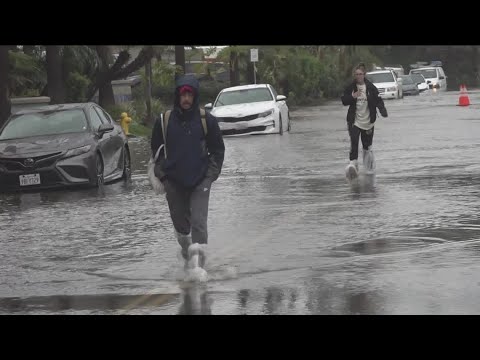