The Biden administration is asking companies to follow through on the vaccine mandate. That's after a court temporarily halted it. Deputy White House press secretary Karine Jean-Pierre said “We say: do not wait to take actions that will keep your workplace safe. It is important and critical to do, and waiting to get more people vaccinated will lead to more outbreaks and sickness.” This comes as President Biden is asking the court to lift the order altogether.

The Astroworld concert organizers are facing lawsuits. That's after Friday's tragedy left 8 dead and hundreds wounded. Authorities released the names of those who died. According to fans, a stampede towards the stage crushed concert goers. Travis Scott was performing at the time. what triggered the crowd surge is still unclear, but according to reports, the crowd of around 50,000 started pressing towards the front of the stage when Travis Scott was performing. 30 minutes later at 9:30 pm, it was declared a "mass casualty event."

And we sat down with Dr. Rami Hashish, Principal at the National Biomechanics Institute to learn how people can protect themselves in such situations. He said "the best thing that people can do now is to educate themselves, right? There are certain telltale signs of a mosh pit or a concert becoming dangerous. And some of those telltale signs include increases in the loudness of the music, with simultaneous synchronization or increased motion of the people in the crowd." He goes on to say, "But there's also this general responsibility that we don't completely get lost in that moment, that moment, and that we take place the onus on ourselves, and that we don't necessarily follow the crowd when they're doing something wrong, and that we don't get lost, and that we just start acting irrationally when we typically would it right. So there's some sort of education that we have to remind ourselves with that we probably already know, which is that the onus is on ourselves to take care."

Tune into Deep Dive as we explore these topics and more. 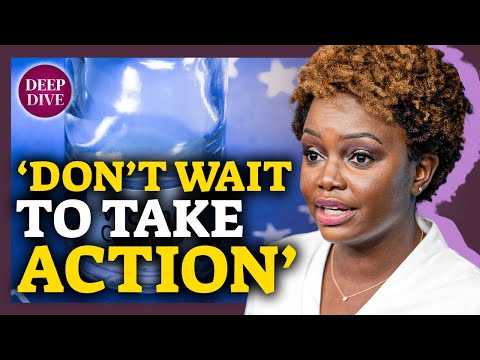 The Biden administration is asking companies to follow through on the vaccine mandate. That's after a court temporarily halted it. Deputy White House ...