The Biden administration announces January 4th deadline for its employer vaccine mandate. That means some 84-million employees and 17-million health care workers have two months to become fully vaccinated. Officials say the federal mandate preempts any state or local laws. OSHA and the centers for medicare and medicaid services will implement the rules. Violations could include fines of up to nearly 14-thousand dollars for each infraction... With an increased fine if the violation is found to be, quote, “willful.”

And what about religious exemption? We sat down with Jay Richards, William E. Simon Senior Fellow at the Heritage Foundation to hear his thoughts. Richards said "I do think there's very strong legal precedent for religious exemption protection. It's just that the courts are very, it's a slow mechanism. And if the Supreme Court doesn't want to sort of preempt that process, then it could be a year or two years. And so the sort of on the ground effects, they're going to be what they are, even if ultimately there is legal relief."

Tune into Deep Dive as we explore these topics and more. 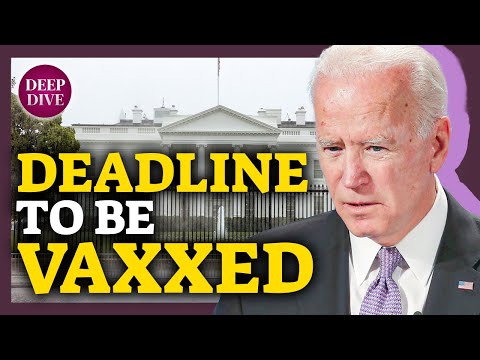