Reminder: The Judge in the Barisone trial has issued an order that we are to shut off comments in our chat rooms for the duration of the trial. At L&C we abide by Judge's orders so we can keep cameras in court/live broadcast.

A coach and former Olympic competitor in the equestrian sport of dressage is standing trial for shooting his student and firing at her fiancé on August 7, 2019. Michael Barisone, 57, has maintained self-defense.

Authorities said he shot student-tenant Lauren Kanarek in the chest twice, and opened fire at her fiancé Rob Goodwin, but he missed. Barison had been trying to evict Kanarek from his farm in Long Valley, New Jersey, claiming that the couple threatened him. He even sued police, claiming they failed to investigate when he called 911 three times and that they lied in their reports.


To be sure, the dislike between him and his student was mutual. In fact, Kanarek voiced concerns for her safety.

“I’m being bullied by a 6’3” man,” she wrote on Facebook before the shooting in a now unavailable post, according to The New York Times. “Bullied to the point I’m afraid. It’s very complicated- I’m not sure of what I can say here- but it seems as if Safe Sport was created for exactly this reason.”

The SafeSport organization fields allegations of abuse in U.S. Olympic and Paralympic sports.

“Courts have held that a plaintiff does not have a constitutional right to have police investigate on their behalf, let alone do so to their satisfaction,” Superior Court Judge Louis Sceusi said, according to the Morris County outlet The Daily Record in November.
#MichaelBarisone #OlympicHorseTrainerShooting

OTHER WAYS TO WATCH LAW&CRIME NETWORK IN YOUR AREA:
https://lawandcrime.com/where-to-watch/ 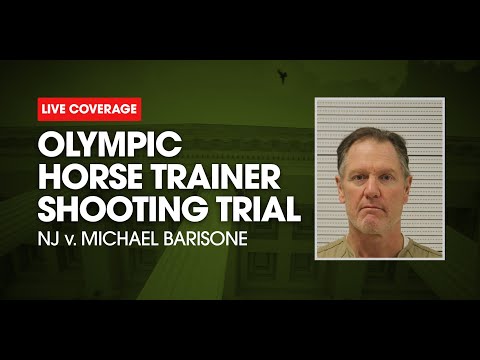