Part 10: https://youtu.be/gdyWmX_g4eE
Part 8: https://youtu.be/Mh1ShIRTM3M
Part 1: https://youtu.be/jrwbp1szsDo
--------
In the latest clip, Van Lathan discussed the incident that resulted in his departure from TMZ. Lathan explained that the incident started when was asked to discuss a segment about Ellen DeGeneres hanging out with George Bush despite his personal reasons for not wanting to. During the segment, co-worker Michael Babcock kept talking over him, causing him to walk off. Before exiting, Lathan approached Babcock from behind, put his hands around his shoulders, and whispered in his ear. While that part of the segment wasn't aired, screenshots made it appear as if he were choking Babcock. Lathan added that Babcock was his closest friend at TMZ and the two continue to maintain a friendship. However, it was Lathan's final remark that resulted in the incident being his last time at TMZ's offices.

In the latest clip, Van Lathan continued to discuss the incident that led to his firing from TMZ. He said he didn't think the incident was a big deal until the company's attorneys and human resources contacted him. He also said Michael Babcock called him crying after learning Van was being punished and claimed to Van that he was sticking up for him. Van also pondered whether Page Six's story exposing his firing came from TMZ or one of his former co-workers. He added that he's been in contact with everyone from the company exept TMZ founder Harvey Levin. Van also claimed his firing came after informing TMZ that he wasn't returning once his contract was up. 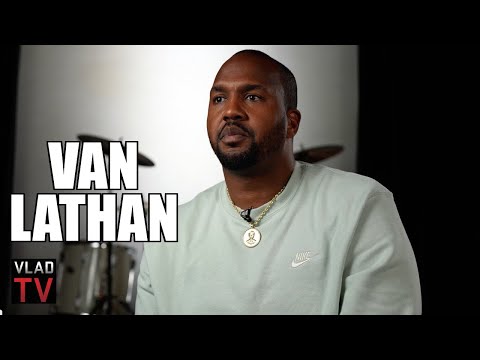