United Airlines CEO Scott Kirby joins "CBS Mornings" to discuss his decision to be the first major U.S. airline to implement a vaccine mandate for all employees. Plus, he talks about giving $1,000 bonuses to all employees during the pandemic and how the airline is preparing for holiday travel. 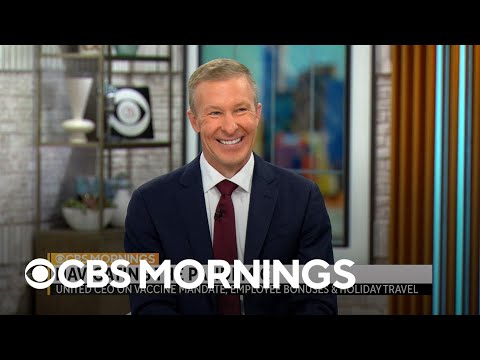