The UK is to send Challenger 2 tanks to Ukraine to bolster the country's war effort, Prime Minister Rishi Sunak has said.

He spoke to Ukraine's President Volodymyr Zelensky in a call on Saturday, during which he confirmed he would send the equipment and additional artillery systems, No 10 said.

The government is to issue 14 tanks to Ukraine.

Around 30 AS90s, which are large, self-propelled guns, are also expected to be delivered.

President Zelensky has thanked the UK, saying that the decision to send the tanks "will not only strengthen us on the battlefield, but also send the right signal to other partners".

He said the UK's support was "always strong" and was "now impenetrable".

No 10 said that during the call, Mr Sunak and Mr Zelensky also discussed also recent Ukrainian victories, as well as the "need to seize on this moment with an acceleration of global military and diplomatic support".

The announcement came as a series of missile attacks were launched across Ukraine on Saturday, including in Kyiv, Kharkiv and Odesa.

At least 14 people were killed in a strike on an apartment block in the eastern city of Dnipro. 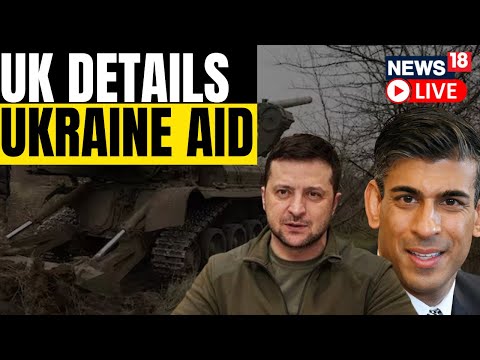 The UK is to send Challenger 2 tanks to Ukraine to bolster the country's war effort, Prime Minister Rishi Sunak has said. He spoke to Ukraine's Presid...