You all know that Twitter was bought by Elon Musk. According to Elon Musk, Twitter is making big losses this is why he has been undertaking "crazy cost cutting" measures. Initially he fired many employees at Twitter at short notice. Now the remaining employees at San Francisco headquarters have begun bringing their own toilet paper to the "smelly office" after the company cut back on janitorial services. Employees are bringing their own toilet paper because there are no janitors on hand to replace supplies. The layoffs came after the janitors went on strike for higher pay. The lack of janitors has "left the office in disarray," with bathrooms that have "grown “dirty" and persistent odours of "leftover takeout food and body odour.’

Twitter headquarters in San Francisco has 6 floors. Musk has crammed the employees onto two floors while closing down the other four. Other cost-cutting measures include Mr Musk's decision to close one of Twitter's data centres in Sacramento, California, despite employee concerns that it would harm the site's performance.
The centre was one of three critical server facilities that kept the social network up and running. According to NYT, some expressed concern that losing the servers would cause problems, but were told that the priority was to save money. Twitter has also asked its employees to work from home since the company has stopped paying rent entirely at its Seattle building.

According to the report, the microblogging platform will most likely only have offices in New York City and San Francisco. Mr Musk's "erratic and hands-on leadership style" has alienated some Twitter employees. He has also directed his subordinates to identify employees who have leaked information about the company's operations to the media.

Follow us for all the latest News & Entertainment and to keep up-to date on all the happenings at ISH News:

Thanks for watching!! Favourites, Likes, Feedbacks & Shares are always appreciated. 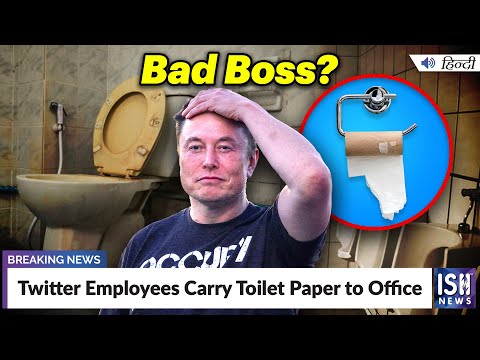 You all know that Twitter was bought by Elon Musk. According to Elon Musk, Twitter is making big losses this is why he has been undertaking "craz...