Trump cultists and Q believers are taking over local election boards across the country in an attempt to help Republicans "steal" the next election cycle (and possibly even more beyond that.) This "steal" involves getting situated in positions where they get to make the rules about elections, including decisions about drop boxes, polling stations, hours, and early voting - all of which could have a significant impact on voter turnout. This "steal" would be perfectly legal, and we're sitting by and watching it happen in real time. Ring of Fire's Farron Cousins explains what's happening.

Every couple of weeks, a new story emerges about enraged Trump supporters that are attempting to run for local offices, run for school boards, run for tax collectors, run for anything they can within their cities or states so that they can help steer that county, that district, or that state towards the Republicans in future elections. We have another one of those this week. What we're seeing, especially at the very, very local level is more and more Republicans announcing their candidacy for election boards, because what they want to do is get on those committees before next year's midterms and be the ones to make the rules about the 2020 elections so that they can preemptively steal the election. And of course, I use the word steal in quotes right there, because technically what they're doing isn't actually stealing. It is totally 100% legal. But it is absolutely an attempt to disenfranchise as many Democratic voters as possible.

I can't even tell you how many segments I've done on this already and I'm going to continue doing it because nothing's being done about it. The steal of the 2022 midterm election and elections beyond that is already taking place, folks. We are watching it happen in real time and unfortunately, a lot of us are just powerless to do anything about it. We can't run for office. We can't change the law because we're not in a legislature. We're not on a city council. We're just average everyday people. But what we can do is encourage those that might have the ability to run for these offices to do so. What we can do is actively campaign against the individuals running to steal the election. We can help continue to expose what is taking place right now in this country. That is our job. That is our goal.

Because if we do not do that, not only are the Democrats headed for a massive massacre in the 2022 midterm elections, but they're heading towards something even worse in 2024. Republicans know that their policies are hugely unpopular. They know that shifting demographics in this country and generations that are coming of age are pushing conservatism out of the way. That's why they're so desperate to reach out to the youth and they try to get all these fun hip, new people, and it's not working for them. So the only way they can continue to win is to cheat. 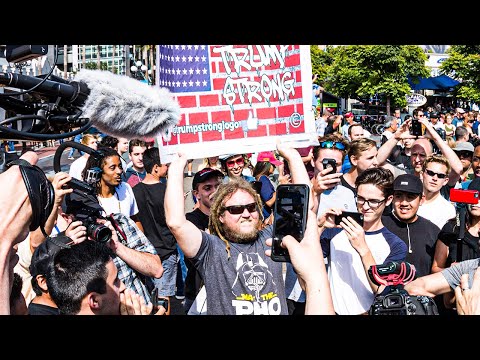 Trump cultists and Q believers are taking over local election boards across the country in an attempt to help Republicans "steal" the next e...