This Texas Town Said ‘No’ to the Stimulus

Reason is the planet's leading source of news, politics, and culture from a libertarian perspective. Go to reason.com for a point of view you won't get from legacy media and old left-right opinion magazines.
----------------
The American Rescue Plan Act, which was signed by President Joe Biden on March 11, 2021, allocated $19.5 billion in federal aid to municipalities with populations of less than 50,000.

"Obviously we could have used the money, but at what cost?" Brady-based activist and lobbyist Sheila Hemphill told Reason.

Brady was one of at least 243 small towns across the country to reject or return the federal stimulus aid. Residents were concerned that in return for the money, the government would have the right to audit how the funds were used. They were also worried that the money would allow the Biden administration to force the town to comply with its executive order mandating vaccination for all employees at companies with more than 100 workers. Though it was later struck down by the Supreme Court, the order wouldn't have had much of an impact on Brady regardless since its school district is the only organization in town large enough to be impacted.

For the residents of Brady, it was the principle that mattered.

"Today it's about the COVID-19 vaccine mandate. But the big problem is it's an executive order that could be who knows what, because that comes with the stroke of a pen," said Hemphill.

Sixty-seven other Texas towns followed suit. Among them was Mason, which has a population of 2,400 and turned down $570,000.

Sue Pledger, a Mason city commissioner, learned about the potential drawbacks of accepting stimulus money from Hemphill. "The federal government has no right to come in and audit us, has no right to our financial records," she told Reason. "We haven't entered a contract…We're separate, and that's the way we want to keep it here in Mason."

"We had very strong support in a very short time that we had made the right choice, based on what representing the citizens in this community meant. It meant giving back the funds, staying sovereign, keeping our independence, not giving the federal government a foot in our finances, or over what we do with our contracts."

Mike Maharrey, the national director of communications for The Tenth Amendment Center, says that the government has a long track record of using federal money to extend its control over states. The Anti-Commandeering Doctrine gives Brady the right to refuse to enforce executive orders, but the stimulus funding gives the federal government the power to say if you don't "'enforce these various mandates and regulations…we can take the money back,'" Maharrey told Reason.

Nationwide, the share of each state's total revenue contributed by the federal government ranges from nearly half to a quarter, and that money generally comes with conditions.

"Bribery is a very good term for what the federal government is doing," says Maharrey. "The only way that you can avoid the consequences of being bribed is to not take the bribe."

This Texas Town Said ‘No’ to the Stimulus 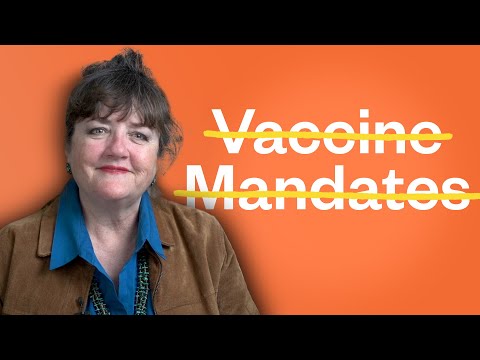