After many weeks of reporting, leaking, and speculating, PlayStation's answer to Game Pass is here. Jim Ryan said as much over a year ago that PlayStation was working on that answer to the booming service and it arrives in the form of a three tier subscription that manages to outprice its main competitor. How does it stand on its own and how does it compare to the current dominance of Game Pass? Is PlayStation bowing out of day-and-date releases enough for them to tread water? The Dukes dig in. On Xbox's own home turf, there seems to be trouble brewing. Former Undead Labs studio head Jeff Strain got ahead of a Kotaku piece on him and the studio with his own response to the questions asked by the outlet. It is merely one half of the tale, but is yet another studio going to come under fire? Time shall tell. More importantly then all of this hullabaloo: Chicken wings and game title abbreviations. This is where the really conversation lies in this week's Defining Duke.

Early access to new episodes will go live every Thursday ad-free at 12:00 PM EST at http://www.Patreon.com/LastStandMedia ​. Episodes will be available publicly three days after. 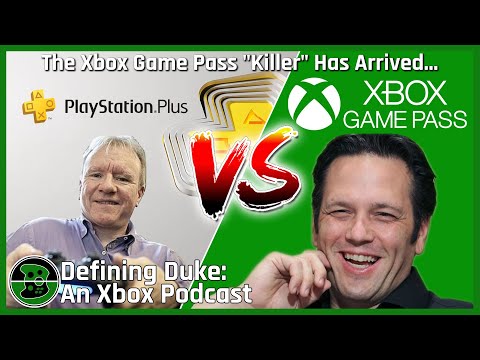 After many weeks of reporting, leaking, and speculating, PlayStation's answer to Game Pass is here. Jim Ryan said as much over a year ago that PlaySta...