The Sudden Downfall of Ashneer Grover

In this video, we look at Ashneer Grover’s journey of building BharatPe into a unicorn to the controversy that led to his resignation.

BharatPe wasn’t Ashneer’s idea: Back in March 2018, Bhavikkumar Koladiya and Shashvat Nakhrani had founded BharatPe. But coming from a small town, neither of them had the connections to secure the kind of funding they’d need to build and scale BharatPe. So in July 2018, they reached out to Ashneer Grover to seek angel investment but they also got their third co-founder – who had the perfect founder profile and had already helped Grofers raise $170 million. Over the next three years, Ashneer helped BharatPe raise over $700 million and helped make BharatPe into a $3 billion unicorn.

The leaked audio recording that changed everything: An audio recording of a phone call was leaked on 5th January 2022 and in this clip, someone was heard berating and threatening to kill an employee of Kotak Mahindra Bank - this male voice also hands the phone over to a female voice, who talks with the Kotak employee as well - the reason? Not being able to get allotment in Nykaa’s IPO. According to the leaker, this person was Ashneer Grover and his wife, Madhuri Jain Grover. Ashneer, of course, quickly tweeted that the clip was fake, but later on, he deleted this tweet, and the Ashneer Grover leaked audio clip was also removed soon after. It was later revealed that Ashneer Grover and Madhuri Jain Grover had, in fact, sent a legal notice to Kotak Mahindra Bank for the same issue - not getting allotment in Nykaa’s IPO. Things escalated to the point where Kotak initiated legal action against Ashneer Grover and Madhuri Jain Grover over the Ashneer Grover leaked audio. The entire issue might have flown under the radar of a lot of people if Ashneer hadn’t been a judge of Shark Tank India. His rude and abrasive behaviour while talking to entrepreneurs on the show didn’t sit well with many of Shark Tank India’s audience members. They thought that perhaps someone who could be so rude to a budding entrepreneur could also be rude enough to berate and threaten a Kotak Mahindra Bank employee. They thought maybe the Ashneer Grover leaked audio was real.

Ashneer and Madhuri go on a ‘voluntary leave’: All this controversy was not good for BharatPe’s business and so the board asked Ashneer to go on leave until the end of Marc. But soon after Ashneer was sent on leave, his wife Madhuri Jain Grover was sent on leave as well. With the Grovers out of BharatPe, the startup’s board announced an independent audit to look into their internal systems and processes. Ashneer then hired himself a team of lawyers to protect his interests and shareholding at BharatPe. Then, BharatPe’s board hired PwC to conduct the independent audit. PwC is one of the Big 4 accounting firms, and according to BharatPe’s Articles of Association, a founding member of the company can be removed and their equity can be bought back by the company at fair market value if one of the Big 4s can show any kind of gross negligence or wilful misconduct involving that founding member. BharatPe’s intentions were clear: they were looking for any kind of financial fraud that might have happened while Ashneer was heading BharatPe. And according to the leaked reports in the media, they found not one but two instances of financial fraud.

Madhuri is fired and Ashneer resigns from BharatPe: On the 23rd of February Madhuri Jain Grover was fired on allegations of financial fraud and misappropriation of funds at BharatPe. According to media reports, she had used company funds to finance her holiday travels worth about Rs 1 crore and had also bought expensive electronic and beauty care products too. On the other hand, she was also accused of financial irregularities regarding fake invoices that cost BharatPe Rs 10.97 crore. And a week after this happened, Ashneer Grover decided to put down his resignation in a scathing letter to the startup’s board and investors. And this was the end of Ashneer’s journey with BharatPe.

The Sudden Downfall of Ashneer Grover 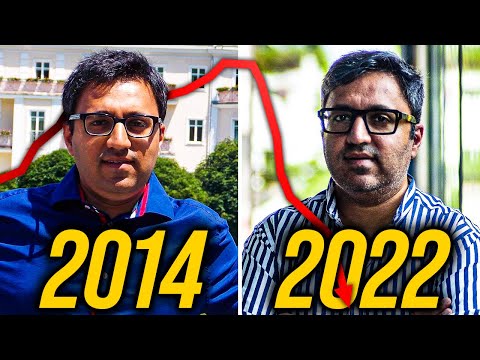