The Rewards of Work: Lessons from the Fair Labor Standards Act

The Fair Labor Standards Act (FLSA) of 1938 established the federal minimum wage and overtime pay, created a standard work week, and prohibited children’s employment in dangerous conditions. Leaders passed the FLSA not only to ensure “a fair day’s pay for a fair day’s work,” as FDR said, but also to end a race to the bottom on wages and working conditions that were driving business competition.

The law raised wages for hundreds of thousands of workers at the time, but also deliberately excluded a number of industries, which uncoincidentally employed a large number of people of color and women. These exclusions continue to negatively affect opportunity for these groups today. The FLSA has suffered some additional wear and tear in recent decades. The failure of the minimum wage to keep pace with inflation, weak enforcement on issues such as wage theft and misclassification of independent contractors, and a failure to update the tipped minimum wage have minimized the rewards of work for many workers. While federal policy has been slow to respond, some state and local governments and businesses are addressing some of the FLSA’s weaknesses by increasing wages and improving job standards in sectors such as domestic and gig work, among others. What innovations can create a more just economy that rewards work fairly? What lessons can we learn from the FLSA and its history to help us restore the commitment to a fair day’s pay for a fair day’s work?

This is the second part in a five-part series on “The History and Future of U.S. Labor Law: Conversations to Shape the Future of Work.”

The Rewards of Work: Lessons from the Fair Labor Standards Act 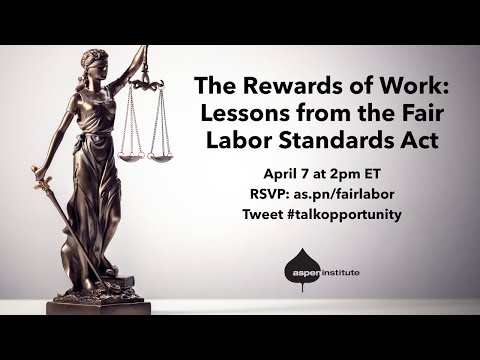