The Psychology of Racism in Jim Crow America

Or send me a one-off tip of any amount and help me make more videos:

Buy on Amazon through this link to support the channel:

Between 1889 and 1930 there were around 3,700 known lynchings in the US. The perpetrators ranged from single people to small mobs to huge crowds of 15,000. The reasons given were broad. While most were accused of murder of rape, many were lynched for simply being rude, for arguing, for taking the wrong job or having the wrong beliefs.

Like during Holocaust, as I explored in a previous video, these were ‘ordinary men’ and women, and often even children.

And as in my exploration of the psychology of the perpetrators' Holocaust, I want to try and understand the factors that led both to the violence of lynchings, but also ask how ordinary Americans justified their racism more broadly.

I want to use lynchings to try and examine racism more broadly, taking an action, an event, and slowly zooming outwards, looking at the psychological, sociological, and historical conditions that led to it.

We’ll look at a number of what I’ll describe in as ‘justifications, rationalizations, or causes’ – to try to understand what led to violence, and how the beliefs, attitudes, and psychologies of perpetrators were produced more broadly.

We’ll look at propaganda, sexuality, scientific racism, nostalgia, economics, stereotypes, and first, the power of a feeling of defeat and victimhood, on the part of whites.

Stewart E, Tolnay and E.M. Beck, A Festival of Violence, An Analysis of Southern Lynchings, 1882-1930

Jason Stanley, How Fascism Works: The Politics of Us and Them

Ervin Staub, The Roots of Evil

The Psychology of Racism in Jim Crow America 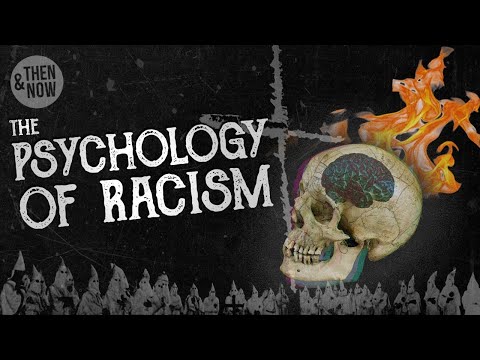