The Pope and Workers' Rights

admin
The Industrial Revolution — it's been both celebrated and condemned. While it greatly increased productivity and access to consumer goods, it also led to long working hours in dangerous factory conditions. In response, a workers’ rights movement in the 1800s sought better treatment of workers.

Most people associate the workers’ rights movement with the ideas of people like Karl Marx, so it might surprise you to learn that the Bible also had an influence. Tracing the impact of the Bible on that movement, however, is complicated. In writing his famous encyclical, Rerum Novarum, Pope Leo the XIII appealed to the Bible when addressing the rights and duties of capitalists and labor. In the eyes of many Catholics it legitimized labor unions and added to the momentum of the movement. One key source for the pope’s work was Wilhelm Emmanuel von Ketteler, a German bishop. Ketteler’s book was entitled, Christianity and the Labour Question. But Ketteler’s work was largely built upon the biblical idea that all human beings are made in the image of God. So, if we follow the thread of biblical impact on the Industrial Revolution, we start with a basic biblical idea that was applied to a concept of workers’ rights by a German bishop whose work inspired an Italian pope to adopt his ideas and endorse Catholic involvement in labor unions.
Copyright © 2021 Museum of the Bible. All rights reserved.

The Pope and Workers' Rights 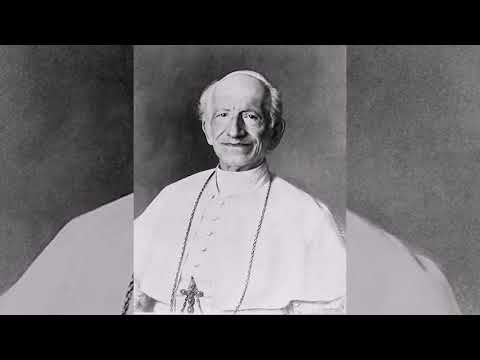 The Industrial Revolution — it's been both celebrated and condemned. While it greatly increased productivity and access to consumer goods, it also led...