The Man from UNCLE. The Stam Fine Review Affair

#ManFromUNCLE #RetroTV
Stam Fine Reviews looks at a 60’s TV classic The Man from U.N.C.L.E. (1964-68) even though it’s really about two Men from U.N.C.L.E, Napoleon Solo (Robert Vaughn) and Illya Kuryakin (David McCallum), two agents for the United Network Command for Law and Enforcement. Man from UNCLE started off as a spy series with the occasional wry remark, to a full on slapstick comedy and then became a show without any jokes at all. There was also a spin-off series- The Girl From U.N.C.L.E- that ran alongside Man From U.N.C.L.E for one season. That series starred Stefanie Powers as agent April Dancer, alongside Noel Harrison as Mark Slate. More recently, there was Guy Ritchie's big screen version in 2015.

The Man from UNCLE. The Stam Fine Review Affair 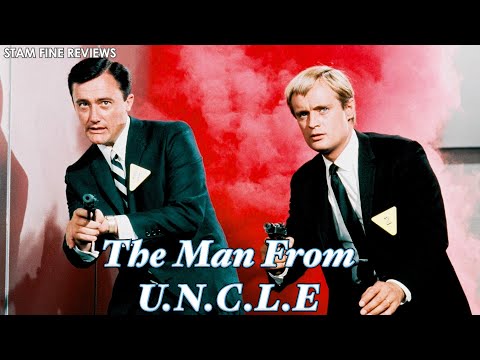