Men’s Best Friend
We finished in the eleventh grade, while the white high schools finished in the twelfth. North Carolina law said that the black school was going to the eleventh grade and the white school down the street two blocks away was going to the twelfth grade. “Eleventh grade. Blacks get outta here. You ain’t going to learn any algebra and math. What you going to be, a cook?”
I had two classmates in Wilmington, North Carolina, who went to Williston Industrial High School, finished eleventh grade and became doctors. We were determined to be something, despite all the handicaps. African American people have a lot of strength. My dad did try to play the clarinet when he wasn’t at work as an auto mechanic. He didn’t care what we did, as long as we did well in whatever we did and represented the family well.
Percy was a mechanical guy, very smart. He was the president of clubs in high school. That’s how he became a Tuskegee Airman with a high-chool education. Pops would be with Percy, but I would also want to be walking the streets with Percy. I would go with him, because it was an honor to see people respecting a black man in uniform who had become a successful lieutenant in the service.
Percy would play the bass lines I wrote. He didn’t like them at all, but he liked them when the records were selling 20,000 and 30,000 copies. He went along with it.
The first record we made was Passin’ Thru, in reference to my mother and father passing away. I had a song on it called “Mellodrama.” It has a bass line which repeats, and Percy didn’t like it, but we played it. It became the theme song on one of the radio stations in California.
Percy liked to walk: he didn’t like to play written bass rhythms. That was becoming the thing of that era, where it was almost necessary to do that. Repetition is a man’s best friend. The audience loves it: repeat it so they can get it. They don’t get it when you hit it one time and go to something else—unless you’re a real jazz fan and you like not hearing the same thing, you like surprise....

A Little of Me
I believe everybody who comes along stands on somebody else’s shoulders until they get their feet anchored. A tree has roots, and you have to learn from somebody else what those roots are. Then the tree blooms and the branches grow, and that’s when you find your own direction. But everybody leans on somebody when they start.
Some of them can’t get off of the other person and they stay with them. That’s what I call “Sending in the clones.” I know once you find your own way of speaking the language of jazz, then you’re going to be OK. But if you’re repeating their licks, you’ve got to get off of that.
Once you analyze everything that went before by the guy who you liked, then you can go in your direction. You’ve got to figure out what he did that you liked so much. I did that when I heard Johnny Hodges and Benny Carter, then I heard Charlie Parker, and I heard something different in each one of them. I had a lot to incorporate into my playing until I found a little of this and a little of that and a little of me.
It took playing five or ten years before I’d play something and someone would say; “That sounds like Jimmy Heath,” because I had found some identity within myself. I had also copied Charlie Parker, and at that time Howard McGhee and Milt Jackson had started calling me “Little Bird.” Sonny Stitt wasn’t called Little Bird, but he could have been. I didn’t mind that nickname, I wanted to be Little Bird. After a while I said to myself, “Hey, I want to be Jimmy Heath. Let Bird go, he’s gone.” He did so much for the music.
Growing in music takes time—you don’t do this overnight. You’ve got to practice. You’ve got to perform live. You’ve got to absorb musics from all over the world. You’ve got a lot to encompass to get yourself together.
Most people don’t want to do that. They write a lyric, “Who let the dogs out!’ and they repeat that over and over and over again. They get a hit out of it, but it’s not music. Music has been dumbed down.
Black Beat
The first small combo I was with was Howard McGhee and his Sextet. We went to Paris in 1948 when Coleman Hawkins was the headliner of the tour. In the Sextet were my brother Percy on bass, “Specs” Wright on the drums, Vernon Biddle on piano, and Jesse Powell on tenor. The French called it “O-wad McGhee et son Sextet de Bebop.”
We learned the heads together and then we improvised. Everybody got an improvisational slot on every song; some songs would feature the bass, some songs would feature the drums. Variation was seen as good at that time to an audience, but not now. People then had heard music of all genres and they went along with what the musicians were doing.
Now they hear one genre and they’re stuck on that. If you don’t have the funk beat, you don’t get listened to. You got country music playing the same funk beat that jazz people are playing. African Americans started that funk beat. Our 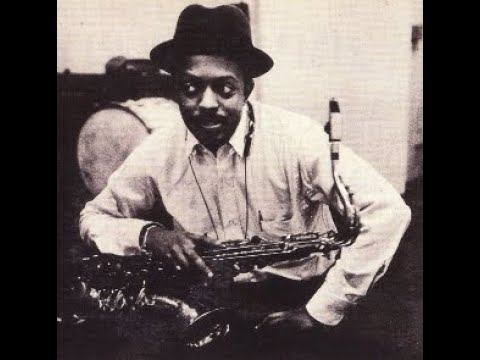