The fifth annual James P. Jimirro Media Impact event explored ""The President & the Press: Joe Biden's First Year and the Media's Relationship with a New Administration"" with an esteemed panel of leading political analysts from all sides of the political spectrum gathering on November 3, 2021. After a welcome from Paley Center President & CEO Maureen J. Reidy and comments from James P. Jimirro, the conversation begins. Topics include: Seib's experiences in having covered the last eight presidents, and why the current polarization of viewpoints is more pronounced than in the past; how the tenor of questions asked in the White House briefing room differs between administrations; Hemingway's belief that the press has transitioned from ""resistance"" to Donald J. Trump to ""assistance"" to Joe Biden; how the increasing presence of cable news and social media have affected press coverage; Spicer's recollections of the media's ""consistently adversarial relationship"" with Trump; and if the ways in which the press covered Biden's first year will be mirrored in the next three years.

Be in-the-know, first! Be the first to find out about exclusive events, exhibits, and tours with celebrities, industry experts and more: https://www.paleycenter.org/email-signup/ 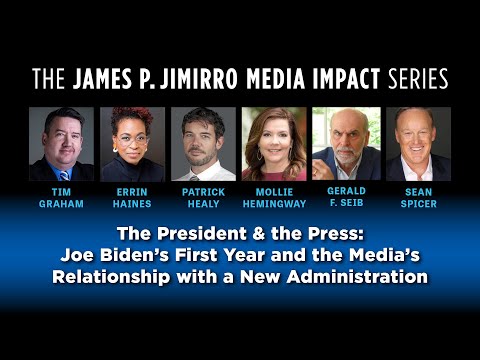