Chad Prather is ONCE AGAIN in Facebook jail — was it a fair censorship, this time? Lawyer Paul Davis joins the podcast to discuss the latest trend on censorship by big tech. Paul was the attorney representing Chad during his lawsuit with Facebook and won the case for him. Is Facebook going to retaliate? Lizzo, American rapper and "role model," launches a new clothing line called “Yitty,” and Chad, clothing business owner, has some advice for her.

Chad Prather is known for his way with words. He is a comedian, armchair philosopher, musician, and observational humorist. Often called “the modern day Will Rogers” and “the voice of the everyman,” Chad brings you his armchair philosophy and observational humor four times a week. Politics, inspiration, comedy, and fun — nothing is off limits on The Chad Prather Show!

Some of Prather’s most popular videos are shot in the front seat of his truck as he delivers his fast talking, rabid fire rants.
CNN has labeled him the “Pick-up Pundit” and Fox News’ Tucker Carlson has called Prather, “supernaturally articulate.”
Prather has mad numerous appearances on Fox News, CNN, A&E, MSN. He is the host of BlazeTV’s “The Chad Prather Show” and “Humor Me with Chad Prather.” His wildly successful 2016 “Kings of Cowtown Comedy: was a hit and his current “Star Spangled Banter Comedy Tour” is selling out theaters all over America. 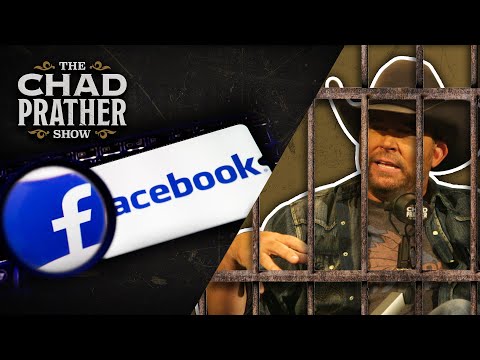 Chad Prather is ONCE AGAIN in Facebook jail — was it a fair censorship, this time? Lawyer Paul Davis joins the podcast to discuss the latest trend on ...