One of only two short stories in the whole of the Sherlock canon narrated by Holmes and not Watson. (Apparently). It is from The Casebook of Sherlock Holmes, Conan Doyle's last collection of standalone adventures featuring the consulting detective. Watson is otherwise engaged in matrimony or some such pursuit leaving Holmes to relate this tale. It's not the most complicated of cases and Holmes barely stirs his grey matter to bring it to a conclusion. Its interest lies in Holmes comparing and contrasting his approach with Watson's in the documenting and/or embroidering of the adventure.

It was a little bit of a challenge to recall the general sound and tone of Sherlock Holmes who narrates much of the story. Usually the majority of the text is in Watson's narrative voice (which, dear listener, is actually my own - surprise, surprise - with a twist of Edwardian formality) so this was a little more of a stretch. Plus the usual winter cold heading chest-wards.

Anyway, this story has finally entered the public domain in the US (on New Year's Day, 2022), so it's good to publish the last few stories. All the other Sherlock tales in the public domain can be found on this channel, including the novels, plus many other works by Sir Arthur.

Please subscribe, give a thumbs up (or down), join the channel or support Magpie Audio via https://www.patreon.com/Greg_Wagland_Magpie_Audio

The story is read and produced by me, Greg Wagland, for Magpie Audio. 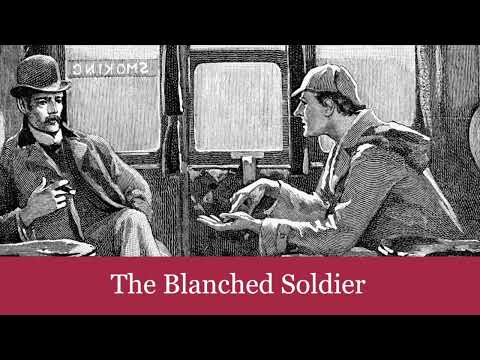 One of only two short stories in the whole of the Sherlock canon narrated by Holmes and not Watson. (Apparently). It is from The Casebook of Sherlock ...