Turns out that Tesle is being forced to pay $137 million for racist treatment toward an employee. The employee alleged that he was forced to endure a hostile work environment, and because he had never signed an agreement to arbitration, the matter was settled in court.

A San Francisco federal court decided Monday that Tesla must pay a former worker, Owen Diaz, about $137 million after he endured a hostile work environment and racist abuse working there as an elevator operator.
According to his attorneys, the case was only able to move forward because Diaz had not signed one of Tesla’s mandatory arbitration agreements which the company uses to force employees to resolve disputes without a public trial.
A shareholder activist, Nia Impact Capital, has asked Tesla’s board to study the effects of mandatory arbitration agreements on the company, voicing concern that they enable harassment and other problems.


A San Francisco federal court decided that Tesla must pay a former worker, Owen Diaz, around $137 million after he endured racist abuse working for the company, his attorneys told CNBC on Monday. The jury awarded more than attorneys asked for their client, including $130 million in punitive damages and $6.9 million for emotional distress.

Bloomberg first reported on the decision.

Diaz, a former contract worker who was hired at Elon Musk’s electric vehicle company through a staffing agency in 2015, faced a hostile work environment in which, he told the court, colleagues used epithets to denigrate him and other Black workers, told him to “go back to Africa” and left racist graffiti in the restrooms and a racist drawing in his workspace.

According to Diaz’s attorneys, J. Bernard Alexander with Alexander Morrison + Fehr LLP in Los Angeles and Larry Organ with the California Civil Rights Law Group in San Anselmo, the case was only able to move forward because the worker had not signed one of Tesla’s mandatory arbitration agreements.

Tesla uses mandatory arbitration to compel employees to resolve disputes behind closed doors rather than in a public trial.

Like other companies that use mandatory arbitration, Tesla rarely faces significant damages or takes deep corrective actions after arbitrators settle a dispute. However, Tesla was required to pay $1 million — as the result of an arbitration agreement — to another former worker, Melvin Berry, who also endured a racist, hostile workplace at Tesla.

“We were able to put the jury in the shoes of our client,” Alexander told CNBC. “When Tesla came to court and tried to say they were zero tolerance and they were fulfilling their duty? The jury was just offended by that because it was actually zero responsibility.”

A shareholder activist, Nia Impact Capital, is urging Tesla’s board to study the effects of mandatory arbitration on their own employees and culture.

In particular, the Oakland-based social impact fund is concerned that mandatory arbitration can enable and hide sexual harassment and racist discrimination from Tesla stakeholders, ultimately harming employees, dampening morale and productivity as well as weighing on the bottom line.

“The use of mandatory arbitration provisions limits employees’ remedies for wrongdoing, precludes employees from suing in court when discrimination and harassment occur, and can keep underlying facts, misconduct or case outcomes secret and thereby prevent employees from learning about and acting on shared concerns.”

Institutional Shareholder Services, the proxy advisory firm, recommended shareholders vote for Nia’s proposal, noting that Tesla has faced many serious allegations of sexual and racial harassment and discrimination over the years.

This is the second year in a row that Nia Impact Capital has floated such a proposal.

This year, as it did last year, Tesla’s board has advised shareholders to vote against reporting on the impacts of mandatory arbitration on employees.

Tesla’s annual shareholder meeting is scheduled for Oct. 7 and will take place at Tesla’s new vehicle assembly plant under construction outside of Austin, Texas.

Tesla did not immediately respond to a request for comment.

However, the company issued a blog post late Monday to the general public, which it said had been distributed internally to employees earlier by Tesla VP of People Valerie Capers Workman. In the post, she downplayed the severity of the racist discrimination Diaz described. 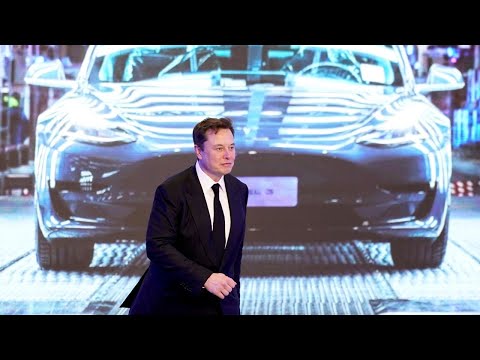 Turns out that Tesle is being forced to pay $137 million for racist treatment toward an employee. The employee alleged that he was forced to endure a ...