A readout of discussions from the U.S. central bank's December gathering indicated Fed officials were reticent an "unwarranted" easing of financial conditions could backtrack their efforts to restore price stability, while also acknowledging the need for more policy flexibility.

"Participants noted that, because monetary policy worked importantly through financial markets, an unwarranted easing in financial conditions, especially if driven by a misperception by the public of the committee’s reaction function, would complicate the committee’s effort to restore price stability,” minutes of the Fed's December 13-14 meeting stated.

Policymakers set to convene again January 31-February 1 and expected to deliver the first rate increase of 2023 and eighth of the current hiking cycle at the conclusion of discussions. Last month, the Fed raised interest rates by 50 basis points, bringing total increases to its benchmark policy rate to 4.25% in 2022.

"The Fed minutes are a good reminder for investors to expect rates to remain high throughout all of 2023," Mike Loewengart, head of model portfolio construction at Morgan Stanley's Global Investment Office, said in emailed comments. "Bottom line is that even though we flipped the calendar, the market headwinds from last year remain."

Earlier in the day, the latest Job Openings and Labor Turnover Survey, or JOLTS, showed 10.5 million job vacancies in November — more than forecast — pointing to continued labor market momentum despite monetary tightening by the Fed. Meanwhile, the ISM Manufacturing PMI fell for a second consecutive month to 48.4 in December from 49 in November, the biggest decline since May 2020.

The moves Wednesday follow a bleak start to 2023 trading as many of last year’s pressures follow investors into the new year. On Tuesday, all three major averages closed lower.

Meanwhile in specific market moves, Microsoft (MSFT) shares fell 4.4% to the lowest level since November after UBS downgraded the stock to Neutral from Buy and cut its price target by $50 to $250 over concerns about the company's cloud-computing business, a key driver of revenue.

All eyes were on Tesla (TSLA) again Wednesday after shares plunged 12% in the first trading day of 2023 Tuesday. It marked Tesla's biggest drop in more than two years and erased all the recovery gains made in the final three sessions of 2022 last week. Shares rose 5.1% on Wednesday.

The electric carmaker earlier this week reported vehicle production and delivery figures for the fourth quarter that disappointed Wall Street, piling on another woe for investors already weighing concerns over production at Tesla's China plant and CEO Elon Musk's management of Twitter.

Salesforce (CRM) on Wednesday announced restructuring plans that included cutting about 10% of its workforce and closing some of its offices, joining a growing list of technology companies laying off workers to cut costs after overhiring during the post-pandemic boom in 2021. Shares advanced 3.6%.

Elsewhere in other markets, U.S. Treasury yields fell, with the benchmark 10-year note dropping 11 basis points to yield around 3.68%, while the 2-year yield was down about 5 basis points to 4.36%.

Investors are in for a busy week of economic data this shortened first trading week of the year. Minutes from the FOMC's December meeting are due out at 2 p.m. ET. The readout is likely to show the thinking behind the central bank’s “slower but higher” regime after Fed Chair Powell last month signaled that he and colleagues will switch to smaller rate hikes but likely a higher terminal rate.

Financial markets capped their worst year since 2008 on Friday, as aggressive central bank actions to quell inflation and war in Eastern Europe battered stocks and bonds. Even as investors turn the page on 2022, much of Wall Street expects more pain remains ahead.

For more on this article, please visit:
https://finance.yahoo.com/news/stock-market-news-live-updates-january-4-2023-123720379.html 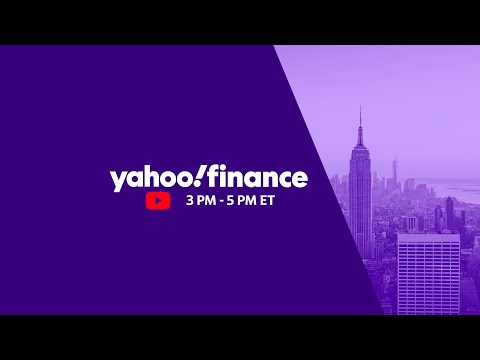