Is Paul Rudd sexy enough to carry the title of People's 'Sexiest Man Alive'? Stephen Colbert, head of the LSSC Sexiness Research Institute, puts young Paul through a series of rigorous scientific tests to find out if he has what it takes. Keep watching for the conclusion of Stephen's tests and the reveal of People's 'Sexiest Man Alive' cover man. #Colbert #SexiestManAlive #PaulRudd 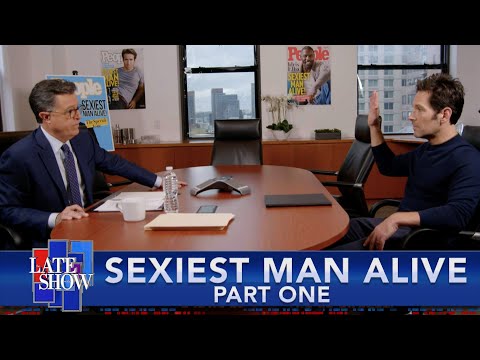