Starbucks: The cafe chain positions itself not just as a seller of coffee but as an experience provider, creating a “third place” for conviviality beyond home and the workplace. Walk into a Starbucks anywhere in the world and you will find a consistently comfortable and welcoming ambiance. But you don’t get that simply by telling your staff to be warm and friendly.

Starbucks’ culture is powerful because it is tightly linked to the company’s distinctive capabilities. The feel of Starbucks stores isn’t created merely by the layout and the décor — it exists because the people behind the counter understand how their work fits into a common purpose, and recognize how to accomplish great things together without needing to follow a script.

Over many years, Starbucks has built a capability to foster a relationship-driven, employees-first approach, which encourages staff to form close bonds with each other. Called “partners” rather than employees, even part-time staff (in the U.S.) receive stock options and health insurance. At the height of the global financial crisis, when other companies were cutting HR costs wherever they could, Starbucks invested in staff training, including coffee tastings and courses that ultimately qualified for credit at higher education institutions. Former company president Howard Behar believed that employees who feel cared for will care about their customers. One former Starbucks worker noted that “nobody at Starbucks ever ordered anyone to do anything. It was always: ‘Would you do me a favor?’ Or something similar.”

In this case study we will examine Starbucks' business practices, some of which have been controversial. These include tax avoidance, allegations of irresponsible marketing, issues surrounding worker and human rights.

Below is an overview of Starbucks' code of conduct.

Coffee: Starbucks believes in the importance of sourcing the finest coffee beans and doing its part to improve the lives of its coffee farmers.

Partners: Starbucks believes that everyone is capable of being themselves, and that's why they aim to treat people with dignity and respect.

Customers: Starbucks' goal is to connect with customers and lift their spirits. It's about more than just making great coffee!

Store: a sense of belonging is what makes Starbucks cafes special. It's a place where people can come to escape and just be with their friends.

Neighborhood: each Starbucks store is part of a community. They take their responsibility to be a good neighbor. They want to be part of the community in each location.

Shareholders: Starbucks knows that its success is due to the things that they deliver in each of these key areas.

Ethical Principles
The actions of Starbucks are deemed to be unethical or ethical from the utilitarian benefits theories.

Utilitarian Benefits
According to the utilitarian benefits theory, Starbucks’ actions are unethical as the actions of Starbucks result in greater harm than good for the society.
Small coffee retailers are providing more to the people of the towns that they are located than Starbucks does as those small local coffee retailers offer reasonably priced for their coffee. People would prefer to have a reasonable priced coffee to Starbucks’ overpriced coffee. Even though, there might be some people who would be happy to have Starbucks instead of their small coffee retailer but the majority of the people still enjoy their local coffee (Katie , 2013). 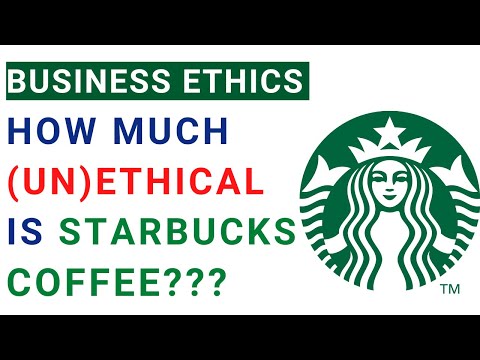 Starbucks: The cafe chain positions itself not just as a seller of coffee but as an experience provider, creating a “third place” for conviviality bey...