Lorelei Shellist was engaged to late founding Def Leppard guitarist Steve Clark. Steve lost his battle with substance abuse in January of 1991. Prior to his passing, it was discovered that Steve suffered from bipolar disorder (which he called the “voices in his head,” exacerbated by childhood trauma that included verbal abuse) that he self-medicated with. This was prior to the marketing of Prozac.

In Lorelei’s book, “Runway Runaway” (originally called “Life After Def”), Lorelei goes into painstaking detail the effects that Steve’s bipolarity had on his life and their relationship, and how Lorelei fought for Steve to seek the help she needed.

When it comes to mental health, do we do what we can to help the person and risk heartache, or do we walk away from them to keep us from getting hurt? What do you do? What would YOU do?

I consider Lorelei a friend. Knowing she experienced heartache is devastating because you don’t want people you care about getting hurt. However, knowing that she did everything she could to keep her relationship alive is something I admire her for. In a day and age where we care too much about Amber Heard and Johnny Depp, or Kim Kardashian with Pete Davidson and Kanye West, the fact that in the 80s (which is referred to as the “Me” Decade) there was a relationship that went above and beyond the bounds of support is a beacon of hope, regardless of the outcome and with the advancement of resources to help ourselves better today.

It was in that experience that Lorelei found the strength and courage to take on her own journey and be where she is now - an entrepreneur, an author, and a fashion designer.

However, the one thing that never changed was her love for Steve Clark, and that the bad moments never overshadowed the good, which is why Def Leppard fans still love Steve Clark.

Podcasting since 2019! Remember - all art is valid!
Contact Lou Mavs if you have any questions. 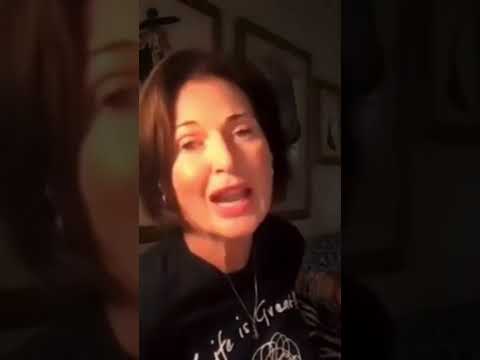 Lorelei Shellist was engaged to late founding Def Leppard guitarist Steve Clark. Steve lost his battle with substance abuse in January of 1991. Prior ...