Academy Award winner Julia Roberts returns to The Late Show to tell Stephen about playing Martha Mitchell in the new Starz series, "Gaslit," which takes place in the Watergate era. Stick around for more of Stephen's interview with Julia Roberts, and check out her performance in "Gaslit" when it premieres this Sunday on Starz. #Colbert #Gaslit #JuliaRoberts 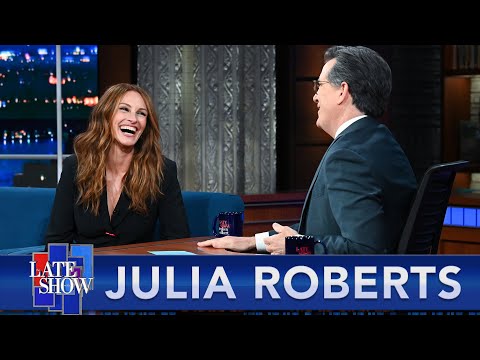