Shark Tank India
After a long wait Business Coach, Rahul Malodia is here to review the Shark Tank Indian Season 2. He will be analyzing deals and will give a critical review of them.

Shark Tank India is an Indian Hindi-language business reality television show that is aired on Sony Entertainment Television. The show is the Indian version of the American show Shark Tank. It brings entrepreneurs on one platform in front of a panel of investors or sharks deciding whether to invest in their company or not.

Shark Tank India season 2 premiered on Sony Entertainment Television on January 2. The highly-anticipated second season of the start-up reality television series. Anupam Mittal of Shaadi.com, Ghazal Alagh of Mamaearth, Peyush Bansal of Lenskart, Aman Gupta of Boat and Vineeta Singh of Sugar Cosmetics, along with CarDekho co-founder and CEO Amit Jain – who was brought in to replace Ashneer Grover.
The first episode of season 2 starts with two bright founders of Hoovu, Yeshoda Karuturi and Rhea Karuturi Who graduated from Stanford.
Hoovu is a brand that deals in flowers and pooja (Worship) items. One of its kind that strives to increase the shelf life of flowers from 2 days to 15 days and lower the industrial waste to 2-3% from 40%.
Founders claim that the Hoovu reaches 8 cities, 2 million households, 300+ temples, and 500+ farmers. The valuation of the Pooja industry stands at 2.5 lakh cr. Price fluctuation and shelf life are why this industry is unorganized, and these are actually moats for Hoovu.

What is moat for a business?

Is Shark Tank a genuine show?

Why did Yeshoda Karuturi and Rhea Karuturi decline the offer by Namita and Vineeta?

Did Hoovu get a fair deal?

Did Yeshoda Karuturi and Rhea Karuturi get a fair deal?

Who is the best Shark in Shark Tank India?

What is the right valuation for Rhea and Yeshoda’s brand Hoovu?

Did Aman and Piyush give the right offer to Yeshoda and Rhea?

Why did Anupam Mittal decline the offer by Yeshoda and Rhea?

Is the pooja industry a growing industry?


Rahul Malodia is a professional CA, Management Consultant, And Business Coach. He started a revolution for Businessmen, with a mission in his eyes of Business Freedom. He begins with a basic session where you will find every aspect of your business. It is applicable to every business, be it big or small. 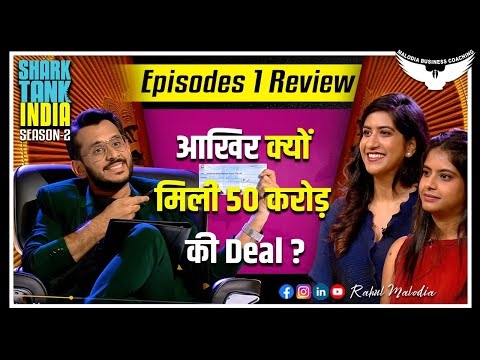