Drew is one of the co-founders of JUST – formed to drive positive social and environmental impact in everyday items while creating awareness around energy, food and water. Drew was resposible for incubating JUST’s first major project, JUST Water, which was started to reduce the plastic use and emissions in bottled water packaging. JUST Water has also redesigned the way water is acquired by creating the first public/private water model in history assuring that our water is ethically sourced and conserved.

Drew is the co-founder of the SDG Engine. A two sided digital marketplace to connect social entrepreneurs with stakeholders who have needs pertaining to achieving the United Nations 17 sustainable development goals.

Drew is one of the founding advisors of The Prime Coalition – a revolutionary, and proactive, Cambridge- based, non-profit that is successfully steering philanthropic capital to direly-needed, early-stage, clean energy technologies. Technologies which, when at scale, are capable of reducing a billion tons of Carbon emissions from the atmosphere annually. At the same time, The Coalition is currently working with The Whitehouse and the U.S. Department of Treasury to clarify the United States Tax Code to legally de ne “climate change” as a charitable cause.

Outside of JUST activities, Drew also serves as the Creative Director for the School of Civil and Environmental Engineering at the Massachusetts Institute of Technology in Cambridge, and a creative advisor to the MIT Plasma Science and Nuclear Fusion Center.

He serves as a creative advisor to The Redford Center – an environmental and social impact educational foundation founded by Jamie and Robert Redford.

Prior to Facet and JUST, Drew served as an Art Director and then Creative Director of Urban Music and Soundtracks at MCA Records / Universal Studios.

He is a graduate of Syracuse University. 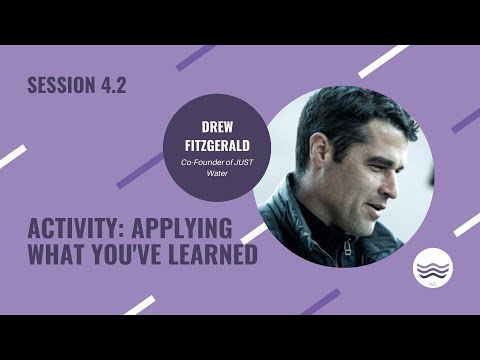 Drew is one of the co-founders of JUST – formed to drive positive social and environmental impact in everyday items while creating awareness around en...