Senate Democrats made the first step in highlighting the unwillingness of their Republican colleagues to pass voting rights and filibuster reform bills, as both were struck down as expected. Even though this was the first time the Senate has debated the bills, it was not enough to convince Republicans, Joe Manchin, and Kyrsten Sinema to lift their blockade.
Cenk Uygur and Ana Kasparian discuss on The Young Turks. Watch LIVE weekdays 6-8 pm ET. http://youtube.com/theyoungturks/live

"Senate Democrats made an impassioned case on Wednesday for legislation to counter an onslaught of new voting restrictions around the country, but they failed to overcome a Republican blockade or unite their own members behind a change in filibuster rules to pass it.

Though the twin defeats were never in doubt, Democrats pushed forward in an effort to highlight what they called a crisis in voting rights and to underscore the refusal of Republicans to confront it. They did succeed in forcing the Senate for the first time to debate the bill, leading to hours of raw and emotional arguments on the floor over civil rights, racism and how elections are conducted.

“The people of this country will not tolerate silencing,” said Senator Amy Klobuchar, Democrat of Minnesota and a chief author of the voting bill. “I think by voting this down, by not allowing us even to debate this, to get to the conclusion of a vote, that is silencing the people of America, all in the name of an archaic Senate rule that isn’t even in the Constitution. That’s just wrong.”" 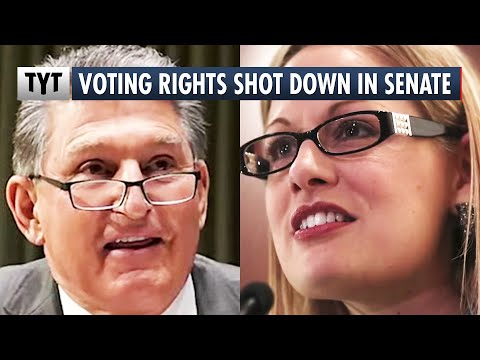 Senate Democrats made the first step in highlighting the unwillingness of their Republican colleagues to pass voting rights and filibuster reform bill...