United States Secretary of Labor Marty Walsh joined Chris Jansing to discuss the White House’ response to January’s surprising jobs number that showed 467,000 jobs were added, and how these positive results will impact the government’s strategy for tackling lingering inflation and supply chain issues. “This is a good report, it’s another sign of positive gain, but it’s saying that there’s a ‘but’,” says Walsh. “We still have a lot of work to do … the president has a plan to work and ease inflation across the country.” 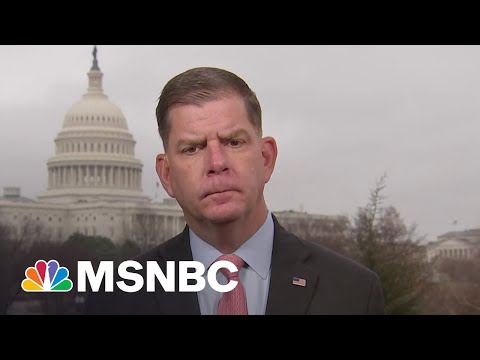