Search Underway For Man Who Fell Off Ship In Kingston Harbour

KINGSTON, Jamaica- Rescue efforts continued Wednesday evening for a Kingston Wharves employee who fell overboard a vessel docked at Berth 8, late Tuesday evening (July 12).
READ: Search underway for Kingston Wharves worker who fell off ship
SSP Wayne Cameron, Commanding Officer for the Ports Division, reported that the employee, who has been identified as 38-year-old Scott Bamburry, was performing stevedoring operations aboard a vessel when he lost his footing and hit his head on his way down before going under water.
"He fell from this cargo ship and we have not been able to find him since but we did activate our search systems -- that's the Marine Police with the support of the Jamaica Defence Force (JDF) Coast Guard -- and they went until 2:00 this morning but were unsuccessful in finding this employee," SSP Cameron said.
He added that search operations continued this morning around 7:00 am by private divers and those from the JDF, but bad weather conditions and lighting issues due to the murky water created a challenge.
"As we speak we have activated our search units again, the Marine Police supported by the coast guard, and we are going to do another search before nightfall. Hopefully we will be successful in locating this gentleman," SSP Cameron stated.
He added that the police are doing everything to locate Bamburry and that search efforts will continue as long as conditions permit the police to do so.
#My #disclaimer I'm not the owner of this content it is just for information purposes all the credit goes to the content creator

Search Underway For Man Who Fell Off Ship In Kingston Harbour 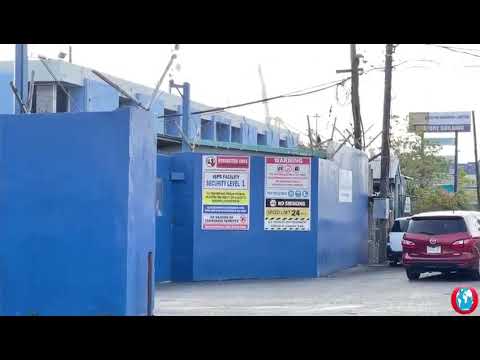