In this interview, S.dot speaks on growing up in Chicago on both the Westside and the Southside. He speaks on his brother not only inspiring him to rap but also showing him how to record himself at the age of 9 years old. S.dot shares how he felt when he first started releasing music, taking rap serious at the age of 14 years old, and how things have been up until the point in his music career. TAP IN ‼️

PPhilms stays tapped in with your favorite artists and creatives. To tap into more interviews, news and BTS, remember to subscribe to our channel and follow PPhilms on Instagram: https://www.instagram.com/pphilms_kf/

0:00 : Intro, Being one of the pioneers of Drill, & growing up on the Westside/Southside of Chicago

5:55 : S.dot gives his opinions on the Corona virus, the vaccine, and says his father caught the virus

6:39 : His older brother inspiring him to rap and at the age of 9 years old S.dot began to record himself rapping

9:08 : How his first couple of songs sounded and passing his music around at his school

10:01 : Respecting Pop Smoke! Aside from S.dot’s older brother, who are some rappers that inspired him to rap

11:58 : Pros/Cons to being rapping about everything you’re living in the streets

13:25 : How S.dot feels about YouTube Documentaries on street life

17:16 : Releasing music on HIS YouTube channel only & Cameramen using rappers for views

21:41 : When S.dot met Chief Keef and what their relationship was like

23:45 : Rapping about what they were going through at a young age

24:30 : Going to school with opps & experiencing shootouts in front of his school

29:49 : Page getting hacked & feeling discouraged to pursue music after it happened

32:00 : List of S.dot’s mixtapes in chronological order and which project means the most to him

33:18 : S.dot starting to rap so young that despite being in rap for a decade, he still isn’t old

34:28 : What’s the one song of S.dot’s that he would play for a new listener to describe who he truly is

35:40 : Being that so many rappers lose their lives in their city, does moving back to Chicago to record music concern S.dot

38:15 : Being a CEO and difference from being a rapper 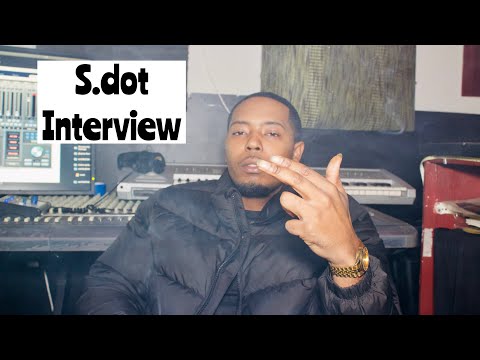 In this interview, S.dot speaks on growing up in Chicago on both the Westside and the Southside. He speaks on his brother not only inspiring him to ra...