The top- rated weekly US law and politics podcast -- LegalAF -- produced by Meidas Touch and anchored by MT founder and civil rights lawyer, Ben Meiselas and national trial lawyer and strategist, Michael Popok, is back for another hard-hitting, thought-provoking, but entertaining look in “real time” at this week’s most compelling developments. On this episode, Ben and Popok focus on the following:

1. InfoWars’ Alex Jones has a default judgment on liability entered against him for failing to provide any documents or proof to support his statements that the Sandy Hook Elementary massacre of 20 children and 6 adults was a “hoax”.
2. A Federal judge appointed by Trump finds that Jan6 insurrectionist sentencing is too harsh and wonders aloud why more BLM protestors weren’t punished harder.
3. The Jan6 Select Committee is ready to flex its muscle of congressional criminal contempt powers to arrest those witnesses like Bannon and insurrectionists who won’t testify.
4. The US Supreme Court opens its new term this Monday (the “First Monday of October”) that runs through April, and we examine the oral argument process, and “cases to watch” this term including about abortion rights, the Second Amendment, campaign finance and religious rights.
5. Updates, Updates, Updates, including this week’s injunction hearing between the DOJ and the State of Texas defeat SB8’s abortion ban/vigilante law, NYAG James and future prosecutions in the Trump Organization investigation, and SCOTUS addressing New York’s vaccine mandate for public school teachers as school reopens on Monday.


Reminder and Programming Note:
All 24 past episodes of Legal AF originally featured on the MeidasTouch podcast can now be found here: https://pod.link/1580828595

Support the show! Go to https://BetterHelp.com/legalaf and try BetterHelp today with a 10% off discount your first month! Affordable, private online therapy with BetterHelp. Anytime, anywhere. 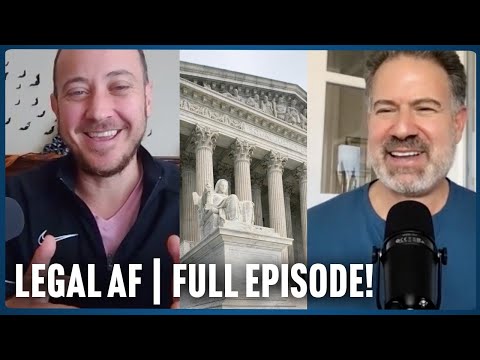