James welcomes Sandra Bullock and Channing Tatum who first met in the principal's office thanks to their daughters bumping heads. And after they explain how they might be separated at birth, Channing explains what he's putting himself through for "Magic Mike 3" - no cheat meals til May. And "The Lost City" co-stars talk about Chanimal's arrival on set and how he had to get very familiar with everyone on Day 2. 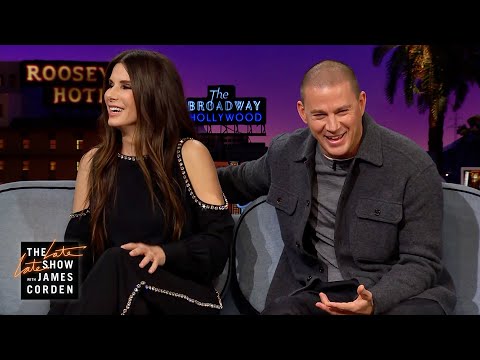 James welcomes Sandra Bullock and Channing Tatum who first met in the principal's office thanks to their daughters bumping heads. And after they expla...