Police conducted searches at the Anglo-American School in Moscow as part of an investigation into former US Embassy employee Marc Fogel, Russia's Interior Ministry said on Friday.

Fogel, a former English teacher at the Anglo-American School in Moscow, was arrested in August at Moscow's Sheremetyevo airport and charged with smuggling and possession of a 'large scale' of narcotics after arriving in the country from New York. According to investigators, Fogel was carrying 17 grams of medicinal marijuana hidden in his suitcase.

Russia's Interior Ministry said Fogel was possibly using his diplomatic status to run a drug smuggling route and to distribute drugs among students.

Police have also conducted searches at Fogel's apartment. If convicted, Fogel faces a maximum of 20 years behind bars. 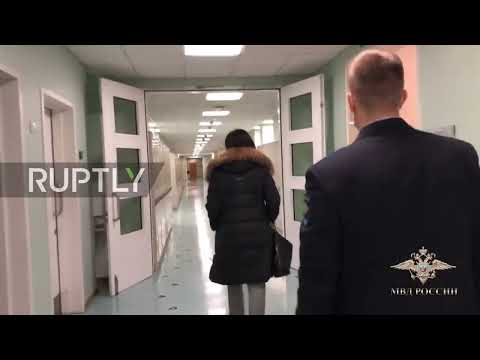