Game Vault is a weekly Gaming Show where i play the videos games i grew up on threw the 1990s & 2000s , i share my gaming experinces and stories with a Nostalgia Play .
Or i take a game from my Game Collection i have never played before & give you a First Impressions on a New Game or Retro Game .

Today we play Resident evil Zero a game that back in the 2000s i was really excited to play off the heels of the RE 1 Remakeon Gamecube .

Resident Evil Zero is a survival horror video game developed and published by Capcom and originally released for the GameCube in 2002. It is a prequel to Resident Evil (1996) and its remake (2002), covering the ordeals experienced in the Arklay Mountains by special police force unit, the S.T.A.R.S. Bravo Team. The story follows officer Rebecca Chambers and convicted criminal Billy Coen as they explore an abandoned training facility for employees of the pharmaceutical company Umbrella. The gameplay is similar to other Resident Evil games, but includes a unique "partner zapping" system. The player controls both Rebecca and Billy, switching control between them to solve puzzles and use their unique abilities.

Development for Resident Evil Zero began for the Nintendo 64 in 1998. The partner system was created to take advantage of the short load times possible with the capabilities of the Nintendo 64 Game Pak. The cartridge format also provided limitations, as the storage capacity was significantly less than that of a CD-ROM. The team had to approach the design differently from previous series entries to conserve storage space. Resident Evil Zero was designed to be more difficult than previous Resident Evil games. Inspired by Sweet Home (1989), the team removed the item storage boxes present in earlier games and introduced a new item-dropping feature. Development slowed when the team encountered memory storage problems, and so production was moved to the newly announced GameCube. The game had to be rebuilt, with only the concept and story carried over.

Resident Evil Zero received generally positive reviews. Critics praised the graphics and audio for building a haunting atmosphere. Opinions on the new partner and item systems were mixed. Some found the changes were an improvement and added new layers of strategy; others believed the changes were cumbersome or non-innovative. The controls were panned as outdated and Capcom was criticized for not evolving the series' tank controls. The game was ported to the Wii in 2008, and a high-definition remaster was released in January 2016. These re-releases received mixed reviews due to lack of improvements made to the original. Resident Evil Zero was commercially successful, having sold over 4 million copies across all platforms 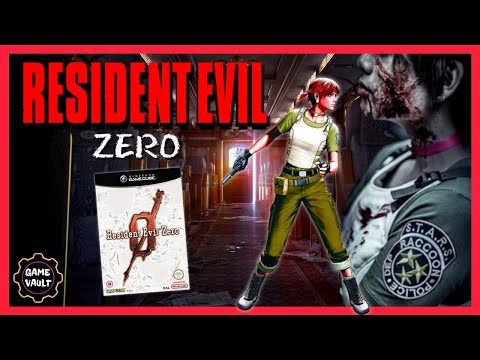 Game Vault is a weekly Gaming Show where i play the videos games i grew up on threw the 1990s & 2000s , i share my gaming experinces and stories with ...