Search and rescue efforts for any survivors continues following this weekend's barrage of tornadoes that demolished communities in several states. President Biden signed an emergency declaration for Kentucky, which was hit the hardest. CBS News' Laura Podesta joins "CBSN AM" from Mayfield, Kentucky, with the latest. 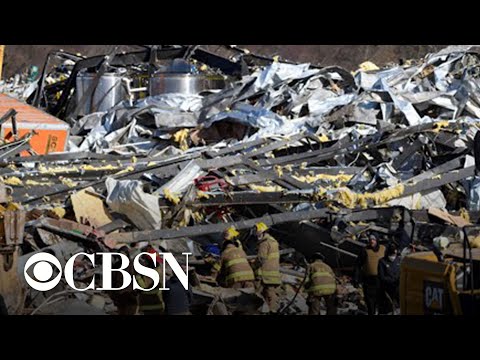 Search and rescue efforts for any survivors continues following this weekend's barrage of tornadoes that demolished communities in several states. Pre...