MSNBC Political Contributor Danielle Moodie and Former Republican Congressman Joe Walsh join Yasmin Vossoughian to discuss Republican women showing up in record numbers to vote in the aftermath of the abortion ruling and how the political backlash could impact the midterm elections. “[Abortion has] been a political weapon for years and Republicans did it to get elected and promised once we got here all would be good. Well, we’re here now and it’s going to hurt Republicans politically,” Walsh says.

Follow the MSNBC Midterms Elections guide to the important races across the United States as Americans prepare to cast their votes.
Countdown to the Midterms: https://on.msnbc.com/3KlULq8 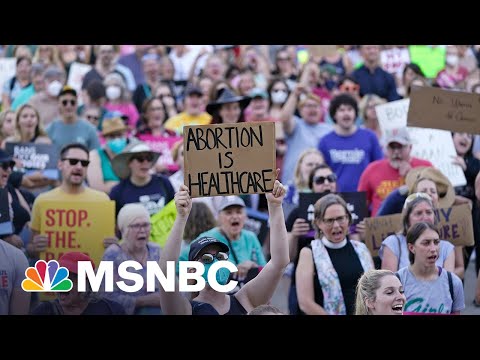