FLC Luminaries, our new video series presented by Netflix, spotlights talent in all levels of the filmmaking process who uplift the art and craft of cinema. For our final NYFF59 edition, we are proud to welcome director Rebecca Hall to discuss her debut feature, Passing, an NYFF59 Main Slate Selection. The actor-turned-director discussed adapting Nella Larsen’s 1929 novel, the years of pre-production, working with Dev Hynes on the score, and more.

A cornerstone work of Harlem Renaissance literature, Nella Larsen’s 1929 novel Passing is adapted to the screen with exquisite craft and skill by writer-director Rebecca Hall, who envelops the viewer in a bygone period that remains tragically present. The film’s extraordinary anchors are Tessa Thompson and Ruth Negga, meticulous as middle-class Irene and Clare, reacquainted childhood friends whose lives have taken divergent paths. Clare has decided to “pass” as white to maintain her social standing, even hiding her identity from her racist white husband, John (Alexander Skarsgård); Irene, on the other hand, is married to a prominent Black doctor, Brian (André Holland), who is initially horrified at Clare’s choices. As the film progresses, and resentments and latent attractions bristle, Hall creates an increasingly claustrophobic world both constructed and destabilized by racism, identity performance, and sexual frustration, leading to a shocking conclusion. 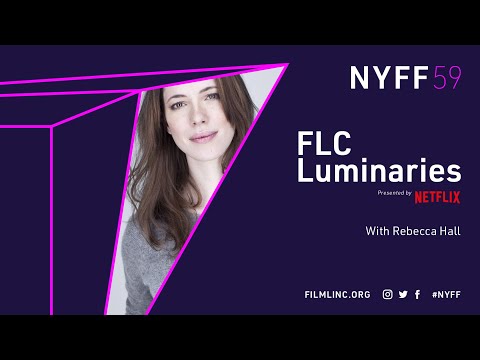 FLC Luminaries, our new video series presented by Netflix, spotlights talent in all levels of the filmmaking process who uplift the art and craft of c...