To Judge Joe Brown Speaks On Cardi B Tasha K Trial Clip • A 5 minute and some seconds clip of Judge Joe Brown talking about his thoughts on the Cardi B and Tasha K Trial. After the judge is given a summary breakdown of the case by the host he says the following: "It's New York Times versus Sullivan United States, Supreme, Court, 1962 and juries habitually. Get it wrong. So here's a good chance. It will be reversed on appeal since cardi B is a public figure and New York Times versus Sullivan deals with public figures and their abilities to proceed for defamation of character. Second thing as an interesting message being sent to Facebook. Twitter, Instagram and YouTube excetera, which has to do with their censorship, Shadow blocking. And for the same reasons,

Something they need to be aware of and maybe take into consideration next thing. Three and a half million dollars is chump change. When somebody's got a liability policy and they may wind up making more money off of it, then they lose. "

~~~~~~~~~
Danye's Unsolicited Opinion Podcast is meant to entertain and educate. I dive into the hot topics courtesy of all the celebrities cutting up in the world! I do not hold back and I don't report fluff. My opinions are rare and unfiltered. Are you ready for Grown Celebrity Commentary?

About ME: Ruled by Cape Verdean 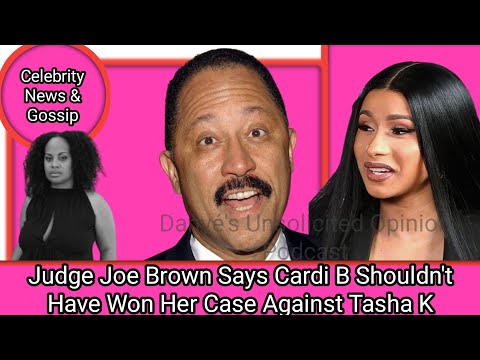