Race Off: The Fantasy of Race Transformation

Namwali Serpell is the author of The Old Drift, which won the Windham-Campbell Prize in Fiction, the Anisfield-Wolf Book Award in Fiction, the L.A. Times’s Art Seidenbaum Award for First Fiction, and the Arthur C. Clarke Award for Science Fiction, and was named one of the 100 Notable Books of 2019 by the New York Times. Serpell’s essay collection, Stranger Faces (2020), was a finalist for a National Book Critics Circle Award. Born in Lusaka, Zambia, Serpell received her BA at Yale and her PhD at Harvard. She is currently Professor of English at Harvard.
“Race Off” tracks the persistent fantasy of race transformation—specifically, of “switching” from black to white or vice versa—in American fiction, journalism, and film from the nineteenth century to the present. Serpell will discuss the aesthetic, affective, and political implications of this fantasy; its resonance with and distinction from “passing” narratives; and how it tends toward different underlying ideas and tones depending on whether the author is black or white.
Serpell’s talk will be followed by a discussion and Q&A with Tina Post. Tina Post is an Assistant Professor of English and Theater and Performance at the University of Chicago, where she is also affiliated with the Center for the Study of Race, Politics, and Culture. Her first book project, Deadpan: The Aesthetics of Black Inexpression, is under contract with NYU Press.
The event is cosponsored by The Yale Review.

Race Off: The Fantasy of Race Transformation 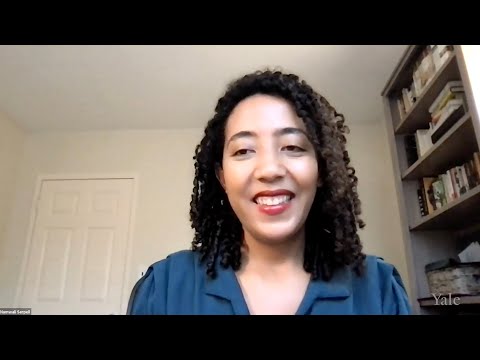