President Bill Clinton on the Clinton Global Initiative and Aliens

Former President Bill Clinton tells James about the inspiration behind History Channel's new show: "The American Presidency with Bill Clinton." Clinton then reveals what he misses most about being President is the job itself. James asks about the Clinton Global Initiative which helps organizations and businesses connect over government projects to improve the country and the world. When Reggie asks for his take on unexplained aerial phenomenon, Clinton reveals that during his presidency he triple-checked Area 51 for aliens.

President Bill Clinton on the Clinton Global Initiative and Aliens 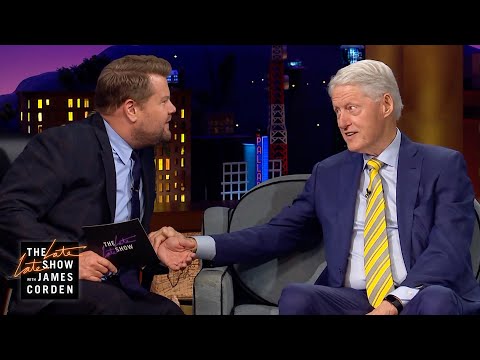