PRC గ్రహపాటు, జగన్ సర్కార్ పై ఉద్యోగుల తిరుగుబాటు || Why Jagan facing employees ire? ||
State government employees dissatisfied with the PRC order and other decisions of the AP government would serve a strike notice on the chief secretary on January 21.

Stating this, APJAC chairman Srinivasa Rao said the union leaders would discuss the future course of action on Thursday. Employee leaders said they would negotiate with the government only after the GO on the 11th PRC is cancelled.
Chief secretary Sameer Sharma called a meeting with the leaders on Wednesday and tried to explain the government's stand. The leaders expressed dissatisfaction over the CS saying the state’s revenue has drastically fallen due to the pandemic.

The AP government employees association that covers 40 departments held a meeting chaired by its president Suryanarayana and general secretary Askara Rao and rejected the GO on PRC released by the government on Monday night.

The leaders said the employees have been waiting for 42 months for the PRC implementation. The government did not consider the employees’ demands as per the Ashutosh Mishra committee report while deciding on the PRC, they said.
https://www.deccanchronicle.com/nation/current-affairs/200122/ap-employees-threaten-strike-notice-to-be-given-to-cs-on-jan-21.html 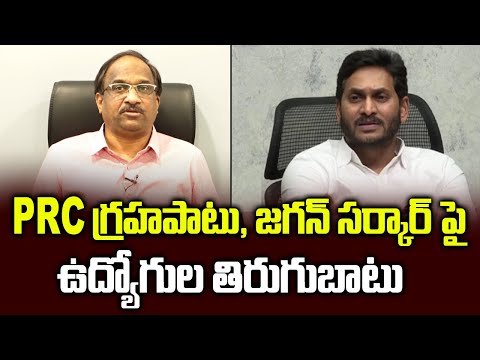