Plan for the long game. Sudeep Reddy, a managing editor at Politico, advises all journalists to think deeply about the next chapter of their careers. He often sees job applicants with three to five years’ experience who have not thought through where they want to go next. “You need to really be thinking, ‘What is it that I want to accomplish in journalism?” Reddy said. “Is there a certain beat that I want to cover? Do I want to be the lead reporter in a state who knows everyone and everything about state government? Do I want to be in Washington covering Congress or the White House? Do I actually want to be overseas somewhere?’”

Map out the steps you’ll need to take. Visualizing your progress to date can help you move forward. Reddy advises starting a list. “Put at the top the three things that you’ve done in journalism, three different roles you’ve had, three different skill sets you’ve got. And then at the very bottom, you can actually list out the things that you might want to do 10 or 20 years from now. And you’re going to just draw a map, but think of it as a ladder, the career ladder that you’re going to take. And I’ve seen these, and some of them look like Candyland. You can actually draw from the point at the top to the point at the bottom all sorts of different positions that you could take to get there.”

Be honest about your strengths and weaknesses. You don’t have to share your self-scrutiny with others, but make sure it’s the real deal, Reddy says. “Being honest with yourself is really the key step in any type of career planning because it’s going to force you to ask yourself hard questions, and also force you to set goals. You might not want to go and tell your boss or tell your friends some crazy, unrealistic goal that they might look at and say, ‘They can barely string together a sentence right now. How are they going to do this?’ But you want to at least ask yourself what those positions are, what those roles are.”

Study other people’s careers. In the age of social media, it’s easy to review the journeys of other journalists for insights. Check the LinkedIn pages, company bios or personal websites of those you admire and study their career paths to understand how they became able to file such a piece, Reddy advised. Patterns can yield important clues. Look for those points where somebody has taken leaps very quickly, or consider why a person may have stayed in one role for a long time. “For any particular role that you might be interested in someday, you’ll probably find a couple dozen career paths that you could take to actually get into a role like that. There’s no one specific path to take. You just need to understand them and then do as much as you can in identifying the skills…that allowed them to do the kind of work that they’re doing right now.”

Make your cover letter a story about you. Reddy reads thousands of cover letters, and typically finds them underwhelming. “Show, don’t tell,” he advised. “Show your work as a storyteller when you’re doing a cover letter about yourself and draw them in the top. Develop the nut graph of why you make sense for that organization. Carry your story through. It’s only five or six paragraphs at most. Use the opportunity of a cover letter to tell your story and add something that might be missed otherwise.” And expect your social media feeds to be scrutinized by future bosses.

The Widening the Pipeline fellowship is sponsored by the Evelyn Y. Davis Foundation, Bayer AG, J&J and Twitter. NPF is solely responsible for the content. 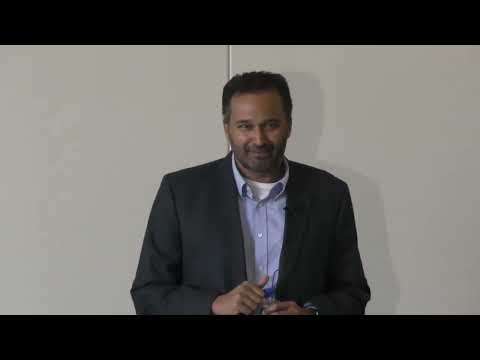 Take proactive steps to map your desired direction, top political editor advises. Without a strategy, journalists might just as well plan to leave the...