Welcome to my blind let's play of Persona 5: Royal! In this video, we take our final exams and then celebrate with festivals!

Thanks for watching, and don't forget to "LIKE" the video, leave a "COMMENT" if you enjoyed, and "SUBSCRIBE to the channel for this and my other playthroughs, both current and upcoming!

Subscribe to my channel!: https://youtu.be/IGAOJW8Zslw
View the "PLAYLIST" for this let's play! https://www.youtube.com/playlist?list=PLsULwTqrDVA-bkd4xuTWqAm_dHdG-FBEi

The game is governed by a day-night cycle and weather systems that determine general behavior similar to a social simulation game. The year is punctuated by scripted and random events as Joker attends school. He can perform part-time jobs and pursue leisure activities or create battle items. These various activities raise character attributes, which grant passive buffing effects during battle. When in the real world, the main protagonist can develop character relationships known as Confidants; an evolution of the Social Link system from Persona 3 and Persona 4. With this system, the main protagonist can converse with and improve his relationship with other characters he meets, with some leading to possible romances. Improving Confidant ranks with party members unlocks various abilities for use in combat, such as the "Baton Pass" ability, which allows the player to directly select another character after a critical hit while granting a temporary attack boost.[6] Improving ranks with non-party Confidants grant other bonuses, such as giving access to new items and equipment and boosting experience point and yen gain.

As with previous entries in the series, the game uses a turn-based combat system. Battles can be initiated when the party runs into an enemy, or they can launch a surprise attack known as an "Ambush" and gain an advantage in battle. In battle, the party has access to melee and ranged weapons, in addition to being able to summon Personas. Personas are manifestations of the main characters' inner psyche and used mainly for special attacks. If a character strikes an enemy's weakness, they knock the enemy down and are awarded an additional turn known as a "1 More". If all enemies are knocked down, a "Hold Up" is triggered. During one, the party can launch a devastating "All-Out Attack", demand money or items, or enter a negotiation. Negotiation allows Joker to win the selected Shadow over to their side to become a new Persona, though they can only be persuaded to join if Joker is their level or higher. Similar to previous entries, party members can be knocked out, and if the main character is knocked out, the game ends. At times, if a party member is knocked out, they can be captured by enemy Shadows, and is unable to return to the party if the resultant negotiation fails.

Would you like to suggest a future walkthrough? Leave a suggestion in the comments below and I might consider it!! 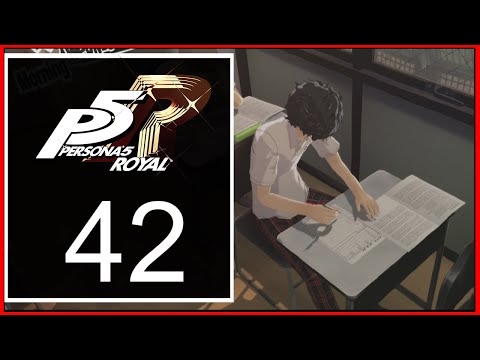