James welcomes his guests Aaron Paul and Nicolas Cage, and when Aaron shares what lengths he and his wife went to relieve their infant daughter's stomach pain, Nicolas offers up some tips and gives us a taste of his take on "Three Blind Mice." And James asks Nicolas about the challenge of playing himself in his new film "The Unbearable Weight of Massive Talent." 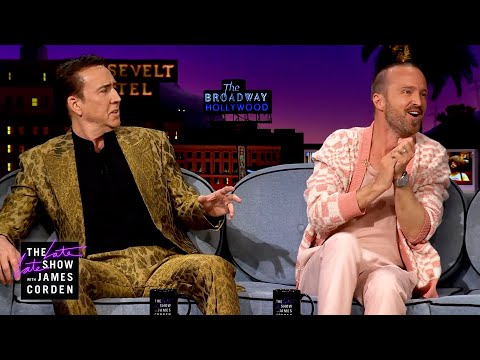 James welcomes his guests Aaron Paul and Nicolas Cage, and when Aaron shares what lengths he and his wife went to relieve their infant daughter's stom...