Charges:
FIRST-DEGREE MURDER, with an alternative count of reckless SECOND-DEGREE murder
FALSIFYING EVIDENCE - destroyed, concealed and/or removed Maureen Argie’s cellphone from the residence with the purpose to impair its ability to aid in the investigation.

The story of a New Hampshire man on trial for allegedly murdering his wife is the story of a disintegrating marriage and a gambling addiction. Jurors will decide if William Argie, 49, killed Maureen Argie, 41, at their home in the town of Londonderry on April 4, 2019.

The New Hampshire Department of Justice has said that he either strangled her, smothered her, or both.

Money and hate mark the alleged motive. Defendant Argie, who had a son and daughter with Maureen, was the only beneficiary of a $400,000 life insurance policy on her, prosecutors said in a Derry News report. He faced increasing debts, which he could not pay after after losing his job as a physician’s assistant and being unable to maintain consistent work, prosecutors said. On top of that, he was a gambling addict, and the family was unable to intervene a year before the murder, authorities said.

This marriage was going to end, one way or another. Maureen Argie intended to live with her children after an “imminent divorce,” prosecutors said. She expressed concern to her father on April 1, 2019, however, saying she worried that William Argie was monitoring her phone, authorities said. Two days before that, she went out of her way to call police to make sure the emergency line was working “in case something happens,” and to “protect herself.” She worried about things with her husband being “tense,” authorities said.

Her fears were well-founded, if we go by the prosecution’s account. William Argie allegedly offered some of the life insurance money to a friend of his in exchange for helping kill Maureen. He allegedly said he hated his wife. When that friend said no, Argie then asked for him to help find a hitman, authorities said. The friend allegedly did not take this request seriously because William Argie was badly intoxicated, according to the defense’s description of this claim, according to court documents obtained by The New Hampshire Union Leader.

The husband ultimately carried out the murder himself, tried to die by suicide, drove to Connecticut, threw away his cellphone, and then gambled at a casino, according to the state’s proposed evidence.

Defense lawyer Purvin Dunn argued that the post-murder suicide attempt and gambling were irrelevant to the murder charges.

“Gambling addiction is a behavioral or mental health disorder recognized by the Diagnostic and Statistical Manual of Mental Health Disorders,” she reportedly wrote. “Like a substance use addiction, persons addicted to gambling may engage in gambling as a reaction to trauma. As such, evidence that Mr. Argie was gambling in a casino shortly after Maureen’s death is consistent with innocence — gambling, like suicidality, flight or isolation, can be seen as a response to the trauma of discovering a loved one’s body.” 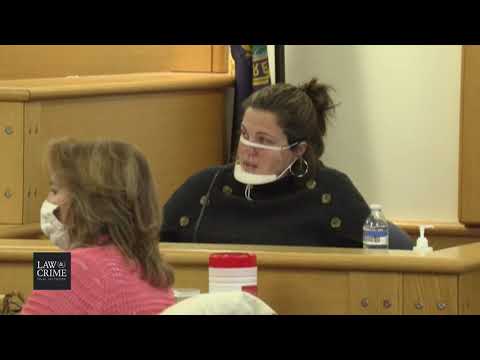