Join our Facebook community
https://www.facebook.com/groups/theintellectualsociety
Connect with us on
Facebook
facebook.com/searchitmore
Instagram
instagram.com/searchitmore
Tiktok
https://www.tiktok.com/@searchitmore
Website
https://searchitmore.com/
Summary
Netflix fired an employee who led the company’s trans employee resource group and planned a walkout on October 20, a current and former Netflix employee with knowledge of the situation confirmed to TechCrunch. The termination was first reported by The Verge.

Netflix workers planned the walkout to protest statements that its co-CEO Ted Sarandos made about Dave Chappelle’s recently released special, “The Closer.” The company claims that it fired the employee in question because the company suspects that they leaked internal information.

“We have let go of an employee for sharing confidential, commercially sensitive information outside the company,” a Netflix representative told TechCrunch. “We understand this employee may have been motivated by disappointment and hurt with Netflix, but maintaining a culture of trust and transparency is core to our company.”

The leaked information in question appears to be some internal metrics on “The Closer” that appeared in a story by Bloomberg, which reported that Netflix spent $24.1 million for the one-off special. Meanwhile, the company spent $3.9 million on Bo Burnham’s recent comedy special “Inside” and $21.4 million on the buzzy, nine-episode “Squid Game,” Netflix’s best-ever debut.

Earlier this month, as Netflix prepared to release “The Closer,” employees raised concerns about potentially harmful anti-trans jokes in the show — Chapelle goes as far as declaring that he’s “Team TERF,” referring to trans-exclusionary radical feminists, who conflate gender with biological sex and oppose the movement for transgender rights. When Netflix released the special on October 5 anyway, employees and Netflix subscribers alike lashed out against the streaming service.

The day after the special’s release, a trans software engineer at Netflix, Terra Field, tweeted a viral thread about the impact of anti-trans rhetoric. “Promoting TERF ideology (which is what we did by giving it a platform yesterday) directly harms trans people, it is not some neutral act. This is not an argument with two sides. It is an argument with trans people who want to be alive and people who don’t want us to be,” Field wrote.

I work at @netflix. Yesterday we launched another Chappelle special where he attacks the trans community, and the very validity of transness – all while trying to pit us against other marginalized groups. You're going to hear a lot of talk about "offense".

We are not offended 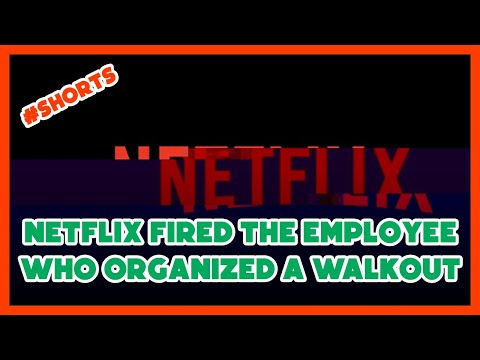